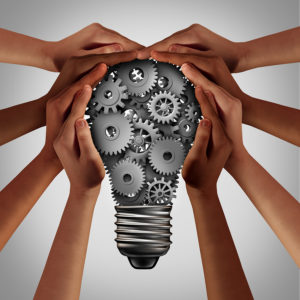 Why inclusive work cultures are the best possible way to attract and retain top talent. 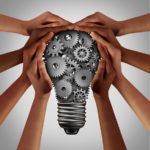 Why is this topic important to leaders? A 2017 Harris Poll found that 12 percent of Millennials identify as transgender or gender non-conforming, which is double the number of Generation Xers who identify that way. In addition, the employees we hope to attract, including Millennials, are looking for evidence that companies are doing the right thing in regard to creating the kind of inclusive workplaces that support everyone in bringing their whole selves – their best selves – to work. So, if you are not prepared to have this conversation, know that you will be having it soon as you strive to attract Millennials in the fierce war for talent.

As you address the cultural norms and biases within your organization to create a more inclusive workplace, it’s incumbent on senior leaders to raise awareness and facilitate conversations about this dimension of diversity. This is why I reached out to my colleague Gabrielle Claiborne, co-founder of Transformation Journeys Worldwide (@TransformJourny), an inclusion training and consulting firm that focuses on supporting organizations in creating cultures that are fully inclusive of trans and non-binary people. In her work, Gabrielle emphasizes that an inclusive work culture is the best possible way to attract and retain top talent.

To help each of us start vital conversations about gender diversity at work, I interviewed Gabrielle to help build an understanding about what it means to identify as transgender or non-binary, and what we can do as individuals and organizational leaders to create inclusive workplaces.

JTH: What are the differences between gender identity, gender expression and sexual orientation and why is it important to understand these distinctions?

GC: That’s a great question, Jeffery, because if you understand the distinction between these three terms, then you can understand what being trans and gender non-conforming is all about – and what it’s not about.

So let’s start with the term people are most familiar with: sexual orientation. In general, sexual orientation has to do with who one is attracted to romantically, physically and emotionally. Terms like straight, gay, lesbian, bisexual, pansexual and asexual represent some of the various sexual orientations that exist.

Gender identity has to do with a person’s internal knowing of their own gender. All people have a gender identity, and in most cases, a person’s gender identity matches the sex they were assigned at birth, making them cisgender. However, in the case of trans people, their internal knowing of their gender does not match the sex they were assigned at birth. There are a wide variety of gender identities among people who fall under the umbrella term of transgender: trans men, trans women, bigender, non-binary, and agender, to mention just a few. In fact, the term “non-binary” itself has also become an umbrella term, including all those persons who identify as neither a man, nor a woman, or as some combination of both.

Gender expression has to do with how we express, or present, our gender on the outside through things like our hair styles, the clothes we wear, the accessories we carry, our vocal register and our mannerisms. Gender non-conforming people have gender expressions that are not conventionally masculine or feminine, and can be either cisgender or transgender.

By the way, I realize I may have just used a lot of terms with which people are unfamiliar. To find the definitions of these various terms, and to learn more about various gender identities, please see the resources linked off our website at www.TransformationJourneysWW.com.

JTH: What can each of us do personally to support trans and non-binary people — and their family members — with whom we work (recognizing that you may not know whether your colleagues are trans or non-binary or that they have gender diverse loved ones)?

GC: The first thing you can do is educate yourself about gender diverse people. In fact, help everyone in your workplace get educated by encouraging your executive leadership, HR, D&I, L&D, Talent Acquisition and your ERGs or BRGs to offer training sessions about this growing demographic. Another great way to support trans colleagues is by using their correct pronouns. Next, be very intentional about using gender-inclusive language. Since people identify as genders other than women and men, be careful about phrases like “Ladies and Gentlemen” or comments like, “We want to include all men and women,” because such comments leave out non-binary people. Refrain from making jokes about gender diverse people. If you hear others making jokes, redirect that conversation and turn the incident into a teachable moment by saying something like, “Speaking of trans people, I recently learned that…” and share something you know to be true about trans people. Another important thing you can do is acknowledge the existence of trans people by including them in things you say. For example, if you’re engaging in conversations about LGBTQ people in the workplace or the marketplace and you reference sexual orientation, be sure to mention gender identity and gender expression as well.

JTH: What things should companies do to ensure they are attracting the 12 percent of Millennials who identify as transgender or gender non-conforming, along with the exponentially greater percentage of potential employees who are their friends or family members?

GC: To start with, it’s critical for companies to commit to creating cultures that are fully inclusive of all people – a commitment which certainly requires buy-in from executive leadership. Then there are things that need to be done to make sure workplace cultures specifically include trans and gender non-conforming (TGNC) people – and their loved ones. First, it’s important to revisit your policies to check for, and create, TGNC inclusion. This includes updating non-discrimination policies and dress codes, and creating gender transition guidelines, among other things. But policies alone don’t shift workplace culture. Because most people know very little about gender diverse people, education is needed throughout the organization. It’s also important to offer gender inclusive restrooms, locker rooms and changing rooms. Recruiting materials need to be checked and possibly redesigned for greater inclusion. And of course, an organization wants to be engaging with the TGNC community beyond its own four walls – publicly advocating for TGNC people, being intentional regarding supplier diversity, and sponsoring and volunteering with trans supportive organizations. As you can see, Jeff, creating a TGNC inclusive culture is not a quick fix. As the name of our company suggests, it is a journey of transformation.

As I noted earlier, doing the right thing in regard to creating the kind of inclusive workplaces that support everyone in bringing their whole selves – their best selves – to work means that leadership at all levels in an organization must commit to embracing diversity and leveraging inclusion. Progressive companies are leading the way today and are seeing returns in the marketplace and workplace. If your leaders are not ready to have a conversation regarding transgender and gender non-conforming people, they need to be ready because this conversation will be coming to your company soon. Take Pride Month as an opportunity to engage all levels of leaders, managers and individuals in how to have more inclusive conversations.

Note: My June Gender Conversation QuickStarter e-newsletter features tips and staff-meeting-in-a-box suggestions to help you start a conversation at work during #PrideMonth.

Jeffery Tobias Halter is the President of YWomen, a strategic consulting company focused on engaging men in women’s leadership advancement. Founder of the Father of Daughter Initiative, creator of the Gender Conversation QuickStartersNewsletter and the Male Advocacy Profile, Jeffery is former Director of Diversity Strategy for The Coca-Cola company and is the author of two books, WHY WOMEN, The Leadership Imperative to Advancing Women and Engaging Men and Selling to Men, Selling to Women.

Share on FacebookShare on TwitterShare on Linkedin Feel free to share!
Posted in ** Strategy, Blog and tagged equity for all women, Gabrielle Claiborne, gender expansive, gender includsive, inclusion, LGBTQ+, TGNC, transgender
← Men as Gender Allies: A Podcast with Anne DoyleThe Meritocracy Myth. The Unwritten Rules of Promotions and the Workplace. →