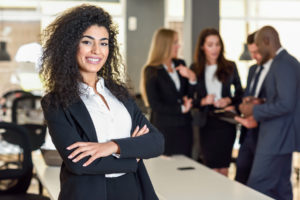 Men, Women and the Meritocracy Myth. 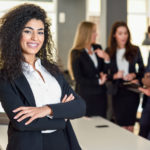 During a keynote event at a conference, I referenced research from The Sponsor Effect, which recommends that women change their viewpoint on meritocracies. The research concludes that men and women think differently about who gets promotions.

Following my remarks, a woman approached me and shared this story.

Janice (not her real name) said:

I recently left a job I had been at for four years. I was happy there but got a better offer. On my last day, I attended a highly visible divisional meeting I’ve attended almost monthly for four years. I had been by far the highest performer of my group over the past four years, bringing in more than 14,000 new accounts. A director in the company, a female, mentioned to me that as this was my last meeting, she’d like to make mention of it before the entire group. Two hours later, at the conclusion of the meeting, not a word was said about my contributions or departure. I didn’t ask to be recognized but was expecting it after being told, and I frankly hung around for that purpose. My boss, a male, who was also in the meeting did nothing to acknowledge my departure either. I said goodbye to a couple of people and left quickly. Finally, my boss said, “Oh sorry, I forgot to mention you were leaving.” I was fuming mad! Initially, at the overt snub and lack of even a “thank you” by anyone. As I thought about it, I became angry at myself, and still am, for setting myself up for the expectation, only to be angry when my expectations weren’t met. I’ve never been one to ask for accolades or public acknowledgment. But you could not have been more right in your comments!

In high performing companies, when everyone is really really good, meritocracies/great performance is only a small factor in who receives promotions. When you have two individuals who are both above average, performance is not the reason the get ahead. Two other factors become more important. Image, (what people say about you) and Exposure(do I know you personally).

According to Harvey Coleman’s Empowering Yourself: The Organizational Game Revealed, your career success hinges on three factors: Performance, Image and Exposure, otherwise known as PIE and shown graphically in a classic pie chart.

Performance. Hard work alone is not enough to get you promoted, especially if nobody notices or acknowledges your efforts. Many women work hard and expect their bosses to notice and reward them accordingly, but they find that hard work is just not enough. Additionally, once you reach a certain level of the organization, Performance is a given. Everyone’s results are great, and performance is no longer a differentiator for promotion. You must ensure that your work is acknowledged, and if you aren’t standing up for yourself, who will?

Image. What do people say about you when you are not in the room? Are you known as being a team-player, problem-solver, change agent or hard to work with? Are your go-to skills known and leveraged by the organization? Do you demonstrate the skills associated with the position you aspire to?

For women, the Double-Bind Dilemma is very real. Catalyst researchers noted in their 2018 report that “gender stereotypes create a no-win situation for women leaders.” Women are often evaluated against a masculine standard of leadership, while at the same time held to the stereotype that women are nice, kind and compassionate. The double bind forms in our minds when our stereotypes about men and women combine with our preconceptions about leadership to form unconscious gender bias.

There are extreme perceptions in which women are labeled as “too soft” or “too hard” but rarely “just right.” Whereas acceptable men’s behavior can range from table-pounding aggressive leaders to quiet introverts, women are judged more narrowly. In practice, women leaders are often held to higher standards and yet receive fewer rewards than their male counterparts. It is completely wrong, and yet it goes on every day.

To discern your “image,” take the Three Word Test by asking your friends to provide anonymous descriptions of you in three words. Whether you agree or not, these perceptions are your reality. Then ask yourself two questions.

Exposure. The biggest slice of the pie belongs to exposure, which is achievedthrough connecting and networking. When it comes to asking for help landing a job or closing an important deal, most men won’t hesitate to turn to their friends, while most women will admit to feeling reluctant about “using” their network in that way. Women may label networking as self-promoting or inauthentic. However, it can be reframed as both relationship-building and purposeful when the clear objective is higher visibility.

In Harvard Business Review’s podcast, Women at Work, Muriel Maignan Wilkins says she coaches women to be authentic within their current context and to consider how visibility actually benefits themselves and others.

“How are you even thinking about visibility?” Wilkins asks. “If you think about visibility as a bad word, guess what, it’s going to be a bad experience, and you’re not going to do it. There has to be a purpose behind it. And I think that’s especially important for women because we tend to be more purpose-driven. (We want to know) that there is a purpose even larger than us as to why we want to be visible.”

One way men achieve visibility is by going to various offices and “checking in.” We used to call it “managing by walking around.” And while women think we’re just talking about sports, most men are subtly building relationships and talking up their hard work.

You may walk by and hear Jim say; “Wow, how about the Atlanta Braves this year?” but in the very next sentence you’ll hear, “Yeah, the Henderson deal was really challenging. Let me tell you how I worked through it.”

It’s subtle, and men do it unconsciously and daily. At the end of the year, you and Jim have demonstrated the same results, but as your boss, I think Jim is so strategic in the way he thinks about things and concludes: “He’s ready for promotion.”

How do you increase your exposure at work? Start by talking to your boss about your achievements.In coaching women, I know this is a very sensitive subject. You don’t want to appear to be self-promoting or bragging, yet it is incumbent on you to make your boss and those in the organization aware of how you are getting the results, not just the results themselves. Here are a few simple things you can do to increase your exposure:

And you want to raise your visibility within your organization as a whole, not just with your boss. Alexis Gladstone offers 20 simple ways to become more visible at work in her article, 20 Ways to Stand Out Without Bragging. Some involve your manager, such as thanking them for the opportunity to attend conferences or training or forwarding compliments of your work, but others are more about supporting and connecting with people on your team and throughout your organization.

You work hard, and it is incumbent on you to make sure people are aware of what you are doing because if you don’t, chances are nobody will. Just ask Janice!

This article originally appeared on Linkedin, you can read other articles by Jeffery Tobias Halter here.

Jeffery Tobias Halter is president of YWomen, a strategic consulting company focused on engaging men in women’s leadership advancement. Founder of theFather of Daughter Initiative, creator of the Gender Conversation QuickStartersNewsletter and the Male Advocacy Profile, Jeffery is the former director of diversity strategy for The Coca-Cola Company, and is the author of two books, WHY WOMEN, The Leadership Imperative to Advancing Women and Engaging Men and Selling to Men, Selling to Women.