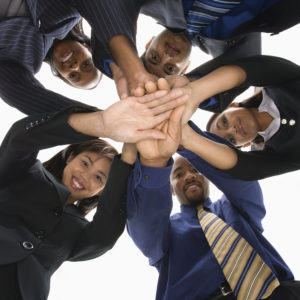 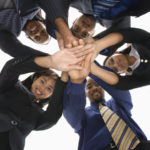 Will your company be the next Google or Uber? What are you doing to drive real change and an understanding of diversity and inclusion deep into middle management and throughout your organization? It is truly a tale of two strategies, the companies that are doing it well and the companies that are still struggling. What does real commitment look like and what are progressive companies doing? And why your unconscious bias training needs to be revamped.

Kudos to CEOs for Pledging Action

Earlier this summer, 270 CEOs signed on to The CEO Action for Diversity & Inclusion™ Pledge. Kudos to everyone involved. It is the largest CEO-driven business commitment to advance diversity and inclusion within the workplace. By signing on these CEOs agree to:

In particular, the CEOs pledged that they:

For those that follow my column, you’ll note that several of my best practice action themes are embedded in The CEO Pledge; visible Senior Leadership involvement in the strategy, treating the initiative as a holistic change initiative rather than a program, accountability, and sharing of best practices.

Fast forward to the recent headlines about diversity in tech that are swirling around Google due to the manifesto of a young male engineer about gender stereotypes and the notion that women are biologically ill-suited to certain jobs. While his writing and subsequent firing started a firestorm about diversity, women in tech and free speech vs corporate code of conduct. It is a conversation that is long overdue.

The first objective is to make our workplaces trusting places to have complex, and sometimes difficult, conversations about diversity and inclusion. The problem is most companies are not ready to talk deeply and engage in complex conversations around gender, race or other dimensions of diversity. Most employees (and few companies) are not ready for real dialogue and they think Unconscious Bias training is the answer. This issue links closely to the second objective of implementing and expand unconscious bias training. The problem is most Unconscious Bias training is ineffective because it doesn’t go deep enough and it doesn’t address effectively the two largest groups of employees in most companies, namely men and middle managers.

The 2016 Mercer When Women Thrive Report found that only 39% of middle management and 38% of male employees are engaged in company diversity and inclusion initiatives. While we can say almost 40% is pretty good, there will still be men like the Google engineer, who become disenfranchised or who will interpret someone else’s gain as their personal loss and will see your D&I initiatives as a zero sum proposition. If a majority of your workforce is men, it is an imperative that your company programming and solutions integrate and involve them in your diversity and inclusion initiatives in a deep and meaningful manner.

Many diversity practitioners say that inclusion is the key, yet as an older white male, I rarely see myself talked about in diversity initiatives. In fact, if you look at Google’s free online Unconscious Bias training program, you’ll see no reference or mention of white men. In a very simple manner, a majority of your talent pool is asking ‘what’s in it for me?’. This is why a deeper more powerful conversation must be had. I believe that a focus on gender is the simplest place to start.

While I applaud Google for their actions to handle this quickly, does your company really need this distraction when it should be doing great Diversity and Inclusion work already? Will your company be the next company on the cover of USA Today and The Wall Street Journal or is your CEO ready to step-up and make a commitment to real action? Finally, what are you doing to drive real change and understanding into middle management and male employees?

This article also appeared in the HuffPost.

Share on FacebookShare on TwitterShare on Linkedin Feel free to share!
Posted in ** Strategy, Blog and tagged D&I, diversity, google manifesto, uber, unconscious bias, unconscious gender bias
← What Can Your Company Learn from the Google Diversity DebacleWomen and Fantasy Sports. For the Love the Game and Competition. →