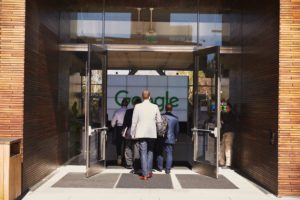 Why your diversity and unconscious bias training is failing.

Google made headlines over the weekend when a 10-page manifesto released by a white male engineer about his beliefs on meritocracy and the shortcomings of Google’s diversity and unconscious bias training efforts went viral. His essay suggests that the company encourage ideological rather than gender diversity and argues that Silicon Valley is a meritocracy where brilliance alone should be enough to get ahead.

This comes on the heels of a report highlighting the lack of diversity at Google. About 69% of its total workforce is male.

The one thing he got right

The unnamed (and now fired) blogger is correct on one point — that most diversity and unconscious bias training doesn’t work. The reason being is most make no effort to discuss why diversity is critical for white men. In fact, many diversity practitioners say that inclusion is the key, yet as an older white male, I rarely see myself talked about in diversity initiatives. In fact, you can look at Google’s free online Unconscious Bias training program, you see no reference to white men being mentioned. In a very simple manner, I have to ask myself ‘what’s in it for me?’ If a majority of your workforce is white men company programming and solutions need to integrate and involve them in diversity and inclusion initiatives.

The three things he got wrong

The one final key point

Social media is transforming what is going on in the workplace. Consider the Google engineer’s anti–diversity manifesto going viral, the blog written by a former Uber employee about sexual harassment and gender bias that brought down the CEO or allegations against FOX cable commentators prompting advertisers to pull away from shows. Senior leadership must be proactive, today, in being vigilantly visible and vocal supporters of diversity and inclusion. It is simply a matter of time before your company could be on the front page of USA Today.

This article first appeared on the HuffPost.

Jeffery Tobias Halter is a corporate gender strategist, the country’s leading expert on engaging men to advance women. Jeffery is the President of YWomen, a strategic consulting company and the author of two books, including WHY WOMEN: The Leadership Imperative to Advancing Women and Engaging Men. Contact Jeffery for more information on unconscious gender bias.