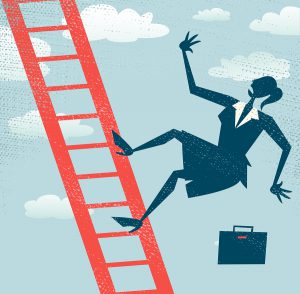 One of the first reactions of a Trump victory will be the question will hurt or even hinder women’s leadership advancement in corporate America and was Hillary’s loss in part because the country is not ready for a female president. While the pundits will analyze this election for years, as a corporate gender strategist I do not believe that either of these will significantly impact the current initiatives businesses are implementing to advancing women in corporate business.

Regarding Hillary’s loss, a Trump victory was a vote for change in a very broken Washington. Trump beat not only Hillary but he also fought his own party for to be successful. Given the fact that she won the popular vote, I do believe that the country is ready for a female president and that Hillary got caught up in a perfect storm of a country that is demanding change and ultimately it cost a woman the Presidency.

Businesses will do what they need to do to be successful and progressive companies will still be pushing the envelope to create real change and opportunities for women and minorities. The corporate value that can be gained from a diversity and inclusion standpoint is worthwhile. And so companies must chose to engage in this work and double-down on conversations about gender and race and use this moment as an opportunity for meaningful dialogue. Women’s leadership at the highest levels of organizations is still just 15%. That number did not change under the most pro-female president ever in President Obama. Given the tailwinds for women and minorities in Corporate America, I actually predict a slight increase in women in the CEO and Senior Leadership ranks in the Fortune 500 in the next four years.

Jeffery Tobias Halter is a corporate gender strategist. The country’s leading expert on engaging men to advance women, Jeffery is the President of YWomen, a strategic consulting company and author of the book “WHY WOMEN, The Leadership Imperative to Advancing Women and Engaging Men.”

Recent article: Instead of expecting women in business to #leanin, we need men to #standup for them

This article was originally published in the HuffPost.

Jeffery Tobias Halter is a corporate gender strategist. The country’s leading expert on engaging men to advance women, Jeffery is the President of YWomen, a strategic consulting company, and creator of the Father of a Daughter Initiative.