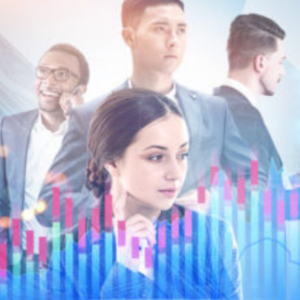 The tipping point is that magic moment when an idea, trend, or social behavior crosses a threshold, tips and spreads like wildfire. – Malcolm Gladwell

In February 2016, I chronicled that we were reaching a tipping point for women’s issues in the workplace, and we needed the firm commitment of senior leadership to bring the moment to fruition. Today, it feels like we are still treading water. While women’s issues and their voices are being heard, the needle hasn’t moved dramatically — yet.

While women crossed the 50 percent threshold of the workplace in the 1980s, it really wasn’t until the late ‘90s that progressive companies first began to meaningfully discuss and invest in women’s leadership development. A women’s collective began to build in which women participated in and led women’s business resource groups, mentoring programs and closely followed best-practices advice about moving out of pink-collar jobs and into management.

In 2008, a year some dubbed the mancession, many men lost corporate positions to women. What went largely unnoticed, however, was the first wave of retiring Baby Boomers. Since then, 10,000 Boomers a day (largely white men) have left the workforce. This trend has continued every day of every year since and will continue for 10 more years until all of the Boomers have exited the workforce, which means that a shortage of talent is on the horizon.

The Department of Labor reports that even in a slow growth economy, roughly 20 million new jobs will be created, while 32 million jobs will be vacated. However, there are only 29 million new entrants into the workforce, leaving more than 23 million jobs to fill. Most of these jobs are knowledge-based jobs, and with women being among the better-educated group of new entries into the workforce, the vast majority of jobs will go to them.

However, while women continue to earn more advanced degrees than men, they still work an average of four additional months to earn what their male counterparts earn annually — the gender pay gap is worse for women of color. Additionally, women have been at the losing end of power struggles that include sexual harassment and systemic bias in hiring, performance reviews and promotions, hindering their career ascension.

While the past 20 years have seen an entire generation of women move into middle, senior and even C-level management, there are still stubborn obstacles to achieving gender equity in the highest levels of senior leadership. An unprecedented amount of talent is poised to take an exponential leap and a flashpoint is coming. Most of corporate America is not ready for the change.

Women’s voices have begun to galvanize over the past two years. Though largely driven by social policy issues, the 2017 Women’s March on Washington served as a platform for women to collectively demand change. Noteworthy for corporate America were two principles of the Women’s March:

●     We believe in an economy powered by transparency, accountability, security and equity.

●     We believe in equal pay for equal work and the right of all women to be paid equitably.

In 2017, women’s issues were frequently in the news as corporate America’s dirty secrets were exposed in details of systemic sexual harassment and gender discrimination. Marquee companies like Qualcomm, KPMG, Microsoft, Uber and Google had their reputations tarnished with lawsuits and headlines, catching senior management and boards by surprise.

Hundreds of thousands of women raised their hands and said #MeToo on social media in reaction to the Harvey Weinstein allegations. Former Fox News anchor Gretchen Carlson released her book “Be Fierce: Stop Harassment and Take Your Power Back” to shine a light on workplace sexual harassment and identify the problem not as a “women’s issue” but as a man’s issue as well, and one that will take the engagement of men to solve. Carlson encouraged lawmakers and companies to eliminate the secrecy provisions of mandatory arbitration agreements, which serve to silence the discussion of issues that need to be publicly addressed by companies.

Politically, women found their voices in numbers that rivaled the so-called “Year of the Woman” in 1992 in the wake of the Clarence Thomas hearings, when the Senate increased its ranks of women to six and 24 women were elected to the House. According to the tracking by Rutgers University’s Center for American Women and Politics (CAWP), 3,784 women were on the ballot in the 2018 midterm elections. A record-breaking 53 women ran as candidates for Senate seats and 476 women ran for the House of Representatives. Interestingly, there were 33 races where the Republican and Democratic parties’ nominees were both women. In total, at least 117 women will serve in the U.S. House and Senate.

In order to address the gender pay gap and gender balance on corporate boards, several states are mandating change. Currently, there are 12 statewide bans and 10 local bans prohibiting employers from requesting salary history from job applicants. The laws are designed to end and prohibit employers from relying on an applicant’s pay history to set compensation if discovered or volunteered.

Additionally, in September 2018, California became the first state in the U.S. to mandate that all publicly-traded companies headquartered in the state have a least one female director by the end of 2019. Gender balance on boards is already a mandate in many European countries, with penalties for companies that do not comply.

Change is coming, and it is preferable for the senior leaders of companies to maintain control of these changes rather than handing the reins to outside entities. Senior leaders should be preparing now for how to get out in front of the important issues that women, millennials and people of color are bringing to light.

In the void of companies actively addressing workplace inequities and outdated policies, individuals and groups finding ways to shine a light on the problems and seek resolutions. During the 2018 entertainment awards season in light of the Harvey Weinstein allegations, Hollywood supported the #MeToo movement to declare #TimesUp on bad behavior. Prominent actors and filmmakers pledged to use their negotiating power to insist on an inclusion rider in future projects to provide for more equitable levels of diversity in casting and production staff.

In the entertainment industry, one person can leverage his or her star power to insist on transparency, cultural change, pay equity and diversity. For companies, the same holds true. Senior leaders can and should step up to address these pressing issues. They must implement a zero-tolerance policy for sexual harassment, visibly lead the strategic initiative to advance women, review the data on pay equity and demographics and make the necessary adjustments and modify workplace policies that no longer serve to recruit, advance and retain employees.

If senior leadership isn’t taking action, consumers have shown a willingness to vote with their pocketbooks and voices to boycott advertisers and coax companies to change or to expel people who have abused their power and position.

In October 2018, women (and men) staged the Google Walkout for Real Change and tens of thousands of Google employees from around the globe took part in a walkout organized in response to Google’s perceived protection and even rewarding of men who sexually harassed their female co-workers. The organizers requested five changes:

Let’s be candid. The requested changes are not rocket science but a recognition that a safe work environment and a level playing field for all employees should be a basic tenet of business. As the walkout organizers stated, “A company is nothing without its workers.”Since most companies are moving slowly to resolve these issues, a company that proactively embraces and implements change may even derive a top-line benefit along with improved employee engagement, recruitment and advancement across multiple spectrums simply by doing what is right. In the ensuing months, the company committed to taking some actions but that didn’t stop shareholders from bringing a lawsuit against the board claiming that it failed in its duties by allowing harassment to occur, approving big payouts and keeping the details private.

Company leaders should take note, the desire for change is growing and pressure is mounting from employees, customers and shareholders to take an active stance to move beyond the status quo to create a business operating environment that is safe and equitable for all employees.

Preparing Your Company for the Tidal Wave

As a CEO or as a business leader, ask yourself one question: Can I honestly say to myself that my company, my leadership team and my organization are ready to have a meaningful conversation regarding women? I certainly hope so, because now is the time for action.

Many factors are converging to push this movement over the top. Women’s voices coming together to demand change, a fierce war for talent to fill 23 million open jobs coupled with governmental actions and mandates to promote gender equity mean that your organization needs to be ready. How will you recruit and retain your bright, talented workforce — which will in the future consist of women, millennials and people of color — that you need to compete effectively? How will you fill C-Suite positions with prepared, experienced leaders who will increase revenues and impact productivity?

Mercer Global’s When Women Thrive report found that only 39 percent of middle management and 38 percent of male employees are engaged in company diversity and inclusion initiatives. While we can say nearly 40 percent is pretty good, there are men who are disenfranchised or who will interpret someone else’s gain as their personal loss and will see your D&I initiatives as a zero-sum proposition. If a majority of your workforce is men, it is imperative that your company programming and solutions integrate and involve them in your diversity and inclusion initiatives in a deep and meaningful manner.

The Women’s Leadership Imperative Needs the Engagement of Men

Most men will say that women’s leadership advancement is a good idea. The key to real change, however, is to move men from concept to action.

These issues can be overcome with the implementation of a strategic initiative owned by the business, not just coming through HR. Senior leaders must be visible, vocal advocates for change and establish accountability measures for the organization.

This is the way to move the needle to advance women and move beyond the tipping point to create sustainable change in the workplace for all employees.

This article originally appeared on Linkedin.

Jeffery Tobias Halter is a gender strategist and the President of YWomen, a strategic consulting company focused on engaging men in women’s leadership advancement. Jeffery is the former Director of Diversity Strategy for The Coca-Cola Company. He is the author of two books, WHY WOMEN, The Leadership Imperative to Advancing Women and Engaging Men and Selling to Men, Selling to Women and is a two-time TEDx speaker. His clients include Walmart, Barclays, Bristol-Myers Squibb, Bacardi and dozens of other Fortune 500 companies. @YWomen