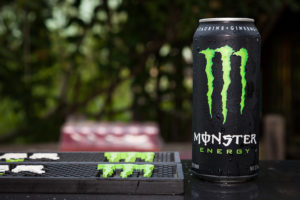 Last February, I wrote the opinion piece, Five Lessons Companies Should Learn From Uber About Sexual Harassment, for HuffPost. At that time I noted, “Today, the bulls-eye falls on Uber and Silicon Valley, but tomorrow it may be your industry or company.” Nearly a year later, HuffPost is reporting that Monster Energy, the multibillion-dollar beverage company is in that very bulls-eye.

In late January, Emily Peck, senior reporter for HuffPost, broke the story that three managers at Monster are at the centre of four lawsuits filed last year by three women whose accusations include bullying, sexual harassment, creating a hostile work environment, discrimination and retaliation. A fifth lawsuit was filed in 2016 by a woman who worked in the company’s HR department and alleges that the female former head of HR enabled the harassment she experienced. As Peck noted in her coverage, a Monster Energy vice president accused of sexually harassing two women at the company resigned soon after the initial story was published. The other two men still work at Monster, and one of them is awaiting a criminal trial this summer for allegedly choking his girlfriend during a business trip in 2016. All the female employees involved either left their jobs at Monster or were terminated.

What is going on at Monster clearly demonstrates that companies that fail to pay attention to their corporate culture and policies as they relate to women and minorities will be exposed.

What is going on at Monster clearly demonstrates that companies that fail to pay attention to their corporate culture and policies as they relate to women and minorities will be exposed.

Let’s review the lessons NOT learned from the Uber scandal and offer Monster and other companies another warning (Yes, companies, leaders and board members … this memo is for you!)

Was the CEO aware?

In Uber’s case, Travis Kalanick was completely unaware of what was going on in his own organization. He was not asking the right questions or holding people accountable. At Monster, a company run almost exclusively by men and marketing a product that appeals mostly to men, it seems unlikely that there was much concern about gender equity or women’s leadership roles within the company’s culture.

The top four executives at the company are men, including co-founders CEO Rodney Sacks and President Hilton Schlosberg. Look for one or both of these executives to exit the company in the coming firestorm. The most visible women at Monster tend to consist of “Monster Girls,” aka models hired to promote the drink at events. Monster has so far dismissed the cases as being without merit, brought by “disgruntled employees” and unrelated to sex discrimination. If it were one case, maybe. But five lawsuits brought by four women? It would tend to point to a trend and a work environment gone astray. So, were the top executives aware? In today’s environment, they have no excuse not to be and their business reputation will suffer because they were not proactive and progressive in their corporate policies and culture.

At Uber, Susan Fowler presented the company’s HR department with screenshots of inappropriate messages her team manager sent her during her first few weeks on the job. She says HR gave the manager a slap on the wrist and covered up that this incident was not his first offense. He was protected because he was considered a “high performer.”

In Monster’s case, a woman who worked in HR is suing Monster over accusations against her made by the female former head of HR. Another woman was asked about her working relationship with a Monster manager and told the information would be kept in strict confidence. Instead, it was immediately leaked to the manager, and he retaliated against her, spreading rumors and gossip that led to her first negative performance review since she started with the company. She ended up leaving.

Sadly, HR is not on the side of women who complain about unfair treatment in the workplace. Although many good people work in HR, they are part of a company’s management structure and represent the organization, not necessarily the employees. HR is only as good as its top leaders when enforcing a standard of fair and equitable treatment for women in the workplace. Progressive companies have an outside third party or ombuds to offer employees a confidential resource to discuss problems and advocate for a fair process.

What is the impact of social media on your company’s reputation?

Given social media, there are no secrets. Susan Fowler documented in detail on her blog the situations that took place at Uber and published it for the entire world to see. In Monster’s case and others, employees are silenced by forced arbitration clauses that they sign when they agree to work at the company. The complaints are then arbitrated out of the public eye, and companies are given a shield of protection.

However, many women, fed up with the unfairness of the system and emboldened by movements like #BeFierce, #MeToo, and #TimesUp, are banding together to tell their stories in the public square. In the world of social media today, every company needs to realize it is only as strong as its weakest manager. If you know (or even suspect) that sexual harassment and a hostile work environment exists, then you need to realize you may be front page news tomorrow. Leaders must hold their managers accountable before issues arise.

Was the board of directors asking the right questions?

As I noted earlier, one of the lessons companies needed to learn from Uber was that board members must dial up the pressure on CEOs to hold them accountable for the behavior of people in their company. In the Uber case, Arianna Huffington, Founder and CEO at Thrive Global and an advocate for gender equity and women’s rights, is on the Uber board and was unaware that these issues were transpiring. In the case of Monster, The Coca-Cola Company, the largest shareholder of Monster, has chosen to decline to comment because the energy drink brand is a separate public company. Surprisingly, one of The Coca-Cola Company’s members on the Monster Board is the female CFO.

How many board members are asking tough questions about the progress and advancement of women in the organization? Why does it take negative headlines and lawsuits to encourage leaders to put basic policies in place and foster a positive and inclusive working environment — shouldn’t these elements be the basic building blocks of all companies in the 21st century?

An industry under siege?

Given the issues of sugar and obesity, the soft drink industry already has a problem. The appearance of Monster girls and “Booth Babes” will be more fodder for the discussion. Just like Silicon Valley and Uber, there will be strong pressures brought about that will lead to major changes. It is virtually impossible to believe that significant changes will not be forthcoming at Monster.

In summary, every industry and CEO should be put on notice that sexual harassment – both overt and subtle – must be addressed swiftly and effectively. Otherwise, it is not simply a matter of IF you will be front page fodder, but WHEN.

Jeffery Tobias Halter is the President of YWomen, a strategic consulting company that helps organizations create Integrated Women’s Leadership Strategies, drive actionable business plans and strategies to attract retain and advance women and address gender bias in the workplace. To access where your company is, download Jeffery’s 30-point Readiness Assessment. To begin conversations about gender, diversity, and finding male allies subscribe to his Gender Conversation QuickStarters newsletter. Jeffery is a two-time TEDx speaker and frequently talks at industry and corporate events.