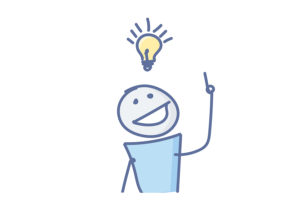 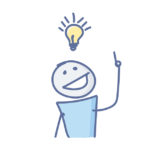 Like most male leaders, I didn’t know what I didn’t know. Not just about this “women’s” thing, but about all the things that we, as male leaders, pay little to no attention to on a daily basis, such as sexism, bias, and “white male privilege.” During the past 15+ years, I’ve come up to speed. I’ve opened my eyes, ears, and mind. As you know, I’m on a mission to create more powerful organizational conversations regarding women and to support, educate and foster more male advocates for change.

I’m often asked what it takes to create a “ready-now” male ally. Simply defined, it takes a person who understands both the business case (head) and the human case (heart). The heart is driven by a human connection (a female family member, relative or close friend) who works in a business environment and has shared her gender-related career issues and challenges. The heart connection also can stem from a world-view of justice, injustice and equality. This personal connection is key to understanding the gender inequities and creating a sense of urgency in the “ready-now” equation.

This column is an open invitation to men who are dubious that pay inequity exists or that it impacts them to listen, learn and rethink their callousness. This issue impacts someone you know: your mother, sister, significant other or co-worker. If you are married, gender pay inequity affects you by affecting your budget and retirement plan. It is not a women’s issue. It’s your issue.

Frankly, it’s everyone’s issue. And each of us can be part of the solution.

#EqualPayDay – What you need to know.

Equal Pay Day is the day that women’s earnings “catch up” to men’s from the previous year. Yes, you read that correctly. #Women, in aggregate, must work more than four additional months to make what white men earned by the end of 2017.

Looking at the discrepancy in aggregate masks an even larger problem. According to the American Association of University Women (AAUW), the gender pay gap is worse when you look at the numbers by race and ethnicity:

80 Cents to the Dollar

Women working full time are typically paid 80 percent of what men are paid. While the gender pay gap has narrowed since the 1960s, based on the slow rate of change, women are expected to reach pay equity with men in 2059 or later.

There is No Debating the Numbers

The US Dept of labor analyzed over 50 job classifications. In only 5 jobs were women paid higher than men. Men were paid more than women in even female-dominated jobs such as nursing, secretaries and administrative assistants and social workers. You can see all of the jobs here.

The gender pay gap has a ripple effect on the economy, beginning with a full-time wage earner’s paycheck that provides less money to pay bills, support the family, purchase products, increase the tax base and save for retirement. The effect extends to spouses, partners and other family members who either work more to compensate for the discrepancy or dip into their retirement savings to meet immediate needs.

How Much Does the Gender Pay Gap Cost Us?

It is estimated that achieving gender pay equity would add more than $512 billion to the U.S. economy, according to projections from the Institute for Women’s Policy Research.

In 2017, many states (and a few pioneering companies) introduced laws and policies banning questions by employers to prospective employees about prior salary histories. To date, five states and Puerto Rico have passed such laws and 38 states have pending legislation. These policies help women move ahead faster in terms of wages.

While this is an important and worthwhile step, real change and the narrowing of the gender pay gap won’t happen until senior business leaders in large and small organizations make a commitment to the idea of pay equity and take the required actions.

What Can Your Company Do?

Eradicating the gender pay gap begins (and ends) with the CEO. It is incumbent upon CEOs to commit to fair pay for all employees. Some steps CEOs can take include:

These actions aren’t easy. And they can be costly. But your business reputation is at stake, along with the hearts and minds of your talent base. At a time when retention of talent is vital as women, people of color and millennials replace the retiring Baby Boomers, it’s time for companies to do the right thing and end gender pay inequities.

What Can You Do?

We need men in the fight to advance women and underrepresented people. The responsibility for fighting sexual harassment, the gender pay gap and other workplace inequities shouldn’t be solely on the shoulders of women. We need enlightened men to join the conversation as allies, champions and advocates.

Jeffery Tobias Halter the country’s leading expert on engaging men to advance women. He is the President of YWomen, a strategic consulting company that helps organizations create Integrated Women’s Leadership Strategies, drive actionable business plans and strategies to attract, retain and advance women and address gender bias in the workplace. To access where your company is, download Jeffery’s 30-point Readiness Assessment. To begin conversations about gender, diversity and cultivating male allies, subscribe to his Gender Conversation QuickStarters newsletter. To determine where you are on the male ally continuum, take the Male Advocacy Profile and to learn more about becoming a gender advocate check out the virtual series.