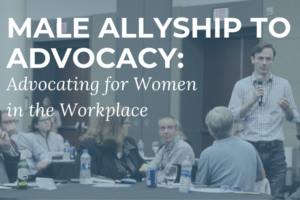 Public-private partnership is the first of its kind in the nation.

When Boston’s Mayor Martin Walsh took office in 2014, he established the Mayor’s Office of Women’s Advancement to enhance the quality of life for Boston women and girls. Throughout his administration, Mayor Walsh has continued to evolve the Boston Women’s Workforce Council, asking employers to sign the 100% Talent Compact, a pledge to take concrete, measurable steps toward closing the gender gaps in paying at their companies. Currently, more than 250 organizations have signed the Compact and pledged to provide employee demographic and salary data anonymously every two years to measure overall progress. The data is reported in the “Boston Wage Gap Report,” which will be issued again this year. 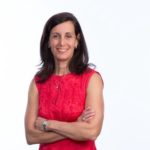 I had the opportunity to present to the group this past summer, and I thought their vision, passion and focus on driving long-term systemic change needed to be shared. In addition, as I work and travel discussing the topic, this program represents one of the absolute best practices for driving tangible results for true metrics and accountability that corporate clients are asking for. Shereen Shermak, Executive Director of the Boston Women’s Workforce Council, was kind enough to discuss this unique public-private partnership and how it is making an impact in Boston for the advancement of women.

Q: Tell us about the BWWC and Boston’s 100% Talent Compact.

A: In 2013, our Mayor wanted to create an initiative to close the gender wage gap in Boston. He knew success depended on partnering with the private sector to do so, and the best way to make change is to have an accurate measurement. So he convened the Council to measure the gender pay gap, which is a first-in-the-nation effort to create an accurate snapshot based on wage data.

Cathy Minehan, formerly of the Federal Reserve Bank of Boston and our Council Co-chair, pulled together several private sector employers that became our initial sponsors. Leaders at Boston University refined an unhackable solution for computing pay gaps from employers and also offered the Council office space and sponsorship. Evelyn Murphy, former Lt. Governor of Massachusetts and longtime equal pay advocate, joined to Co-Chair the effort shortly thereafter, having been a force in women’s wage equity for decades.

Since day one, Mayor Walsh has been deeply committed to this partnership. The Mayor attends many of our events, lends his name and credibility to our efforts and has helped by personally recruiting many of our compact signers.

We created our first Effective Practices report in 2015, and added the pay gaps data to our report in 2016, following with our larger report in 2017 with about 167,000 employees covered. The 2017 report also included race and ethnicity data, enabling us to measure pay gaps for women of color. The 2019 report will include all of this critical data, in addition to information about key industries located in Boston.

Based on the results of the measurement, we create programming for the Compact Signers, to help move the needle on the wage gaps they face in their own organizations. In December, we will share the results of the latest report and gather senior leaders to discuss closing the gender pay gaps at our Annual Effective Practices Conference.

Q: What impact has the 100% Talent Compact had in your city? What impact do you hope it will have?

A: Our goal as a Council is simple. We want to close the gender pay gaps in Boston. While it’s important to share innovative practices in women’s leadership advancement, at the end of the day, we won’t feel successful if the pay gaps are not closed.

Q: How do you continue to bring in new signers? What percentage of businesses do you have and what is the goal for 2020 and beyond?

A: In the 2017 Report, approximately 16 percent of Boston’s workforce was covered in the data sample. We want a large sample, and we want a lot of companies engaged in the work. They are interested in the issue and are looking for ways to solve the problem. We share Effective Practices that surface as we study the advancement of women through quarterly or special events, and we’ve created a competition to recognize Innovative Initiatives that our compact signers say have been impactful for them. These were judged based on ROI and impact, along with other factors, with the winners announced at our June event. We hoped to receive a handful of strong applications, but we were actually humbled by the fact that we received dozens of applications. We’ll publish profiles of the winners and case studies to delve into the specifics.

Q: Describe the public-private partnership between the Council and the city. What advice would you have for other cities interested in starting an initiative like this?

A: We get calls all the time from cities and states around the nation that are interested in starting initiatives like ours or that want to discuss progress. In 2020, we would like to find ways to engage that community. I would say measuring makes a difference, and our technology is leading edge and has already been used for other purposes, such as to measure the status of minority-owned business contracts by the Chamber of Commerce. It’s crucial that Mayor Walsh has taken such a leadership role in the process, encouraging employers to submit their data, recruiting compact signers, and tasking his Office of Women’s Advancement to be involved in the day to day activities of the Council. Finally, our Co-chairs are absolutely critical to this effort. Evelyn Murphy and Cathy Minehan really understand the private and public sectors and the nature of the city. It’s always an honor to work with them. They’ve seen and studied a lot in this space, and both are deeply committed to advancing the women coming up behind them.

Kudos to Mayor Walsh, Shereen, the Boston Women’s Workforce Council and the visionaries involved with this innovative and collaborative approach to advancing women and closing the gender wage gap. Leadership is having the will to lead in order to create sustainable change.

This article originally appeared on LinkedIn.

Shereen Shermak, Executive Director of BWWC, has been a resident of Boston’s South End for 15 years and is focused on improving the local Boston economy through ensuring that Boston leverages 100% of the talent that lives and works here. She was previously a Boston-based venture capitalist, entrepreneur and is an active angel investor.

Jeffery Tobias Halter is president of YWomen, a strategic consulting company focused on engaging men in women’s leadership advancement. Founder of the Father of Daughter Initiative, creator of the Gender Conversation QuickStarters Newsletter and the Male Advocacy Profile, Jeffery is former director of diversity strategy for The Coca-Cola Company and is the author of two books, WHY WOMEN, The Leadership Imperative to Advancing Women and Engaging Men and Selling to Men, Selling to Women.