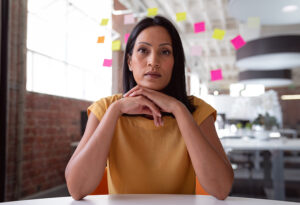 Intersectionality and the Challenges of Age and Gender Bias

For the past few years, my work on advancing women has expanded to include exploring all dimensions of diversity that affect women. This view, known as intersectionality, includes overlaying the lens of not just binary gender but also race, culture and gender expression. Of note, I have seen very little work being done to highlight another significant dimension of diversity ageism.

Ageism is real. An AARP workplace survey found that “nearly 2 out of every 4 workers ages 45 and older have seen or experienced age discrimination on the job.” Additionally, a recent study by the National Bureau of Economic Research found that while men and women both face ageism, women face it earlier and with greater intensity.

Bonnie Marcus, M.ED, author of Not Done Yet! How Women Over 50 Regain Their Confidence and Claim Workplace Power and The Politics of Promotion: How High Achieving Women Get Ahead and Stay Ahead, recently conducted research to better understand how gendered ageism affects professional women. The survey collected responses from 729 participants aged 18 to 70+, with 65 percent of respondents coming from the United States and the majority of the remainder coming from Canada, the UK and Europe.

Marcus found that “gendered ageism affects women at all stages of their career but most notably when they are under 35 and over 50. The emphasis on ‘lookism’ puts pressure on women to appear youthful and often trumps their performance when they are evaluated. As a consequence, many women 50+ are pushed to the sidelines and/or pushed out to make room for younger workers. Though this is also true for men, women experience this earlier. Once terminated, women find it much more challenging to get rehired. Marcus concluded that for women there is no “right” age. Women reported being either too young or too old.

According to a study by Neumark, Burn, & Button (2019), there is significant discrimination against older workers in all occupations studied, except for security guards.” The findings are noteworthy:

Neumark, Burn, & Button summarize that there are several reasons why women face more age discrimination than men, most notably is “taste-based” discrimination, where employers simply do not like older women, perceive that their employees do not like working with them, or that customers do not like interacting with them. This double standard about age, gender, and attractiveness is often prevalent with customer-facing jobs.

I contacted Bonnie Marcus for her thoughts on ageism in the workplace — specifically, her thoughts about why men and women both face ageism, why women face it earlier and with greater intensity than men and how companies can address gendered ageism and gender discrimination in the workplace to help retain women over 50.

JTH: Why does ageism impact women earlier and with greater intensity?

BM: Women experience the double whammy of gender bias and ageism throughout their careers but especially as they show visible signs of aging. This bias, what Catalyst refers to as ‘lookism’, is based on society’s preference for youth and beauty, and it goes beyond the emphasis on appearance when combined with the notion that older workers are no longer valuable or relevant. The result of the intersectionality of gender bias and ageism is that women, beginning in their 40s, are marginalized and pushed out the door prematurely in favor of younger workers. In my recent research, I found that 60 percent of women ages 35 to 40 have already experienced gendered ageism, and 88 percent of women ages 59 to 64 have.

If women are forced out of their positions, they are unemployed longer and take significant pay cuts once they get re-hired. According to Urban Institute, Women 50-61 are 18 percent less likely to find a new job than women in their 30s, and after 62, that percentage jumps to 50 percent.

JTH: How can companies address gender discrimination in the workplace to help retain women over 50?

There are six things that companies can do to address gender discrimination and age-related bias in the workplace:

Like most elements of diversity, equity and inclusion, it is easy to agree that these are issues that must be solved. The challenge is taking action and demonstrating advocacy with a lens of intersectionality. If you would like to know how to demonstrate advocacy for all women across a host of dimensions of diversity, simply download my Actions for Advocates pledge, sign it, and place it in your workspace to help remind you of the daily actions you need to take to demonstrate advocacy for women.

As corporate leaders face both a war for talent and limited progress in adding female senior leaders to their roster, Marcus’s research is a reminder to nurture the talent pipeline in order to retain and advance women. The recently released McKinsey & Co. and LeanIn.Org 2021 Women in the Workplace report found that women are experiencing higher rates of burnout than men, and are questioning whether they want to remain with their companies and on their existing career paths.