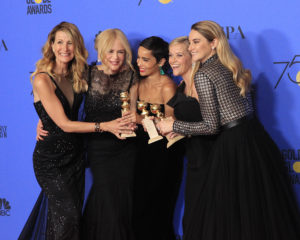 As #TimesUp puts Hollywood on notice, is your company ready to advance the conversation about women in the workplace?

As Oprah Winfrey noted in her passionate acceptance speech for the Cecil B. DeMille lifetime achievement award:

So I want all the girls watching here, now, to know that a new day is on the horizon! And when that new day finally dawns, it will be because of a lot of magnificent women, many of whom are right here in this room tonight, and some pretty phenomenal men, fighting hard to make sure that they become the leaders who take us to the time when nobody ever has to say ‘Me too’ again. 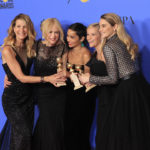 2017 was quite a year for women. Kicking off with the Women’s March in January, which drew millions of participants around the globe, and culminating with a massive reckoning of sexual harassers in the news and entertainment industries, women are coming forward in droves to say #MeToo and #TimesUp. When Anita Hill testified against Clarence Thomas in his Supreme Court Senate confirmation hearings in 1991, there were only two female senators in Congress. Hill testified about the sexual harassment she experienced when working for Thomas, and in response, her credibility was attacked and her name dragged through the mud while the accused was deferred to and ultimately confirmed. But her testimony got people talking about an issue that was rarely, if ever, addressed in corporate America at that time: Men and women were having — and are still having — vastly different experiences in the workplace. The difference between 1991 and today? As more and more women come forward to demand fair treatment in the workplace, there is a new and powerful opportunity for change. Companies that recognize and effectively act on that opportunity will leave the others in the dust. This is truly a watershed moment.

On New Year’s Day, some of Hollywood’s most powerful women launched an initiative to address sexual harassment and inequality called Time’s Up aimed at helping fight abuse, not just in the entertainment industry, but in any and every workplace in America. The initiative is designed to include and advocate for women who are working in lower-profile jobs and expected to tolerate inequality and offensive behavior as the price of having a job.

Shonda Rhimes, executive producer of “Grey’s Anatomy,” said in a statement, “Earning a living should not come at the cost of anyone’s safety, dignity or morale. It’s well past time to change the culture of the environment where most of us spend the majority of our day ― the workplace.”

Anita Hill was tapped to lead the Commission on Sexual Harassment and Advancing Equality in the Workplace, spearheaded by Kathleen Kennedy, the president of Lucasfilm; Maria Eitel, the co-chair of the Nike Foundation; the powerhouse attorney Nina Shaw; and Freada Kapor Klein, the venture capitalist who helped pioneer surveys on sexual harassment decades ago. The commission’s mission, is to “tackle the broad culture of abuse and power disparity.”

Hill said in a statement that the commission was part of a “long overdue journey to adopt best practices and create institutional change that fosters a culture of respect and human dignity throughout the industry.”

At YWomen, we work with companies that are adopting best practices, engaging men (who still make up 85 percent of senior leaders in corporate America) and articulating the strong business case for advancing women. It’s an exciting time to be doing this work, and I see an opportunity for a massive awakening in a variety of industries at every level. So many of the people I work with already “get it,” but the prominent national conversation gives them a chance to articulate their views to a wider audience and put into action new and progressive plans to promote gender equity, pay equity and leadership advancement within their organizations. Women will be heard in 2018, and the results will be breathtaking to watch.

It’s been my belief that we need to bring men and women together to have powerful conversations in the workplace to discuss and address:

During the course of 2018, we’ll dive into these topics in greater detail. Let’s leverage the momentum of the #TimesUp initiative stemming from the Golden Globes as conversation starters with our families, friends and co-workers to make 2018 the year we create a level playing field for women.

Jeffery Tobias Halter the country’s leading expert on engaging men to advance women. He is the President of YWomen, a strategic consulting company that helps organizations create Integrated Women’s Leadership Strategies, drive actionable business plans and strategies to attract, retain and advance women and address gender bias in the workplace. To access where your company is, download Jeffery’s30-point Readiness Assessment. To begin conversations about gender, diversity,  and finding male allies subscribe to his Gender Conversation QuickStarters newsletter. Jeffery is a two-time TEDx speaker and frequently talks at industry and corporate events.

Share on FacebookShare on TwitterShare on Linkedin Feel free to share!
Posted in ** Strategy, Blog and tagged #metoo, business case for women and minorities, gender, Golden Globes, TimesUp
← Oprah has spoken. #TimesUpLearn – One of the Four Things Your Company Needs to do to Advance Women (Part 2 of 4) →