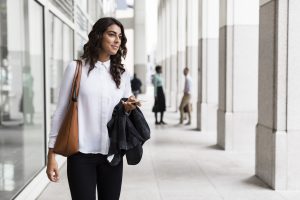 Today the bull’s-eye falls on Uber and Silicon Valley but tomorrow it may be your industry or company.

Here are five valuable lessons companies can learn from the Uber allegations and the unprecedented way it has played out.

1) Uber CEO Travis Kalanick, has come out and announced the hiring an outside third-party firm to look into the issue. Of larger concern are the front-page headlines that he had no clue what was going on in his own organization. While CEOs cannot be expected to know all the minutia of day-to-day operations, it is incumbent on them to ask the right questions and hold people accountable. This clearly was not happening.

HR culpable in cover- up

2) As the details unfold it appears that HR could actually be culpable in not addressing and covering up a sexual harassment claim. In the blog post detailing her year at Uber, former employee, Susan Fowler, stated that she presented the company’s human resources department with screenshots of inappropriate messages her team manager sent to her during her first few weeks on the job. According to Fowler, her manager was given a slap on the wrist for basically emailing a new female employee and suggesting they have sexual relations. HR knowingly covered up that this was his first offense when in fact it had happened multiple times before because he was considered a “high performer” and they didn’t want to ruin his career.

The impact of social media

3) Fowler documents in detail on her blog all of the situations that have taken place. She is factual and paints a picture of rampant discrimination. In the world of social media today every company, every manager will be put under a microscope and needs to be on their best behavior. We joke that if it appears on the internet it must be true. I have no doubt the claims are probably factual based on the way things unfolded.

The Board of Directors was not asking the right questions

4) High profile Uber board member, Arianna Huffington has come out and stated that she will take personal responsibility for holding Uber’s feet to the fire to resolve the situation. Of greater concern is prior to this event, what questions was the Uber board asking? Uber’s track record of recent claims of drivers sexual harassment, coupled with very low women in technology numbers and Uber’s unwillingness to demonstrate transparency in those numbers all rest on the feet of the board. Why were these questions not asked before the incident surfaced?

An industry under already under siege

5) Silicon Valley was put on notice almost 5 years ago that their diversity numbers regarding women and minorities and technology were deplorable. And while several high-profile tech companies such as Apple, Microsoft, and Facebook have committed to demonstrating pay equity for women and publishing their numbers, most of Silicon Valley has not followed suit.

In summarizing these lessons, this could have been any one of 100 companies, today the bull’s-eye falls on Uber and Silicon Valley but tomorrow it may be your industry or company.

CEOs must take aggressive action now. Every CEO should draft and send a memo to their organization stating state that there is a zero-tolerance policy toward sexual harassment and that any instance will result in immediate termination. It must be strongly worded and access must be granted either directly to the CEO or to a third-party for validation.

The truth is sexual harassment is still very real in the workplace today and women are afraid of retaliation. In this age of social media, companies must make a real commitment and not just give lip service to this issue. It is better to resolve it quickly and thoroughly today rather than read a blog about it tomorrow.

Jeffery Tobias Halter is a corporate gender strategist. The country’s leading expert on engaging men to advance women, Jeffery is the President of YWomen, a strategic consulting company. A highly sought-after speaker and thought-leader, Jeffery is a two-time TEDx speaker and frequently talks at industry and corporate events.