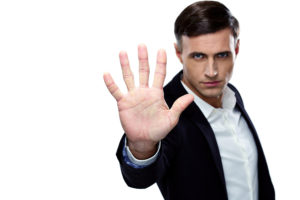 A small but critical mass of men are speaking up and asking, “What can I do?”

The exposure of rampant sexual harassment is sadly in the news every day. These incidents didn’t just happen. This has been a systemic issue for years that, for many, has not been shown the light of day. While Hollywood is making headlines, sexual harassment, both overt and subtle, has taken place for years in corporate America. 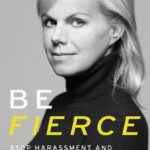 On social media platforms, hundreds of thousands of women are raising their hands and saying #MeToo. Former Fox News anchor Gretchen Carlson’s newly released book, “Be Fierce: Stop Harassment and Take Your Power Back” is shining a bright light on workplace sexual harassment and identifying the problem not as a “women’s issue” but as a man’s issue as well, and one that will take the engagement of men to solve. Gender diversity experts are calling the national conversation ignited by the Harvey Weinstein scandal a “watershed moment.”

“Sexual harassment is not a women’s problem. It is a problem that happens to women.”

Women do not go to work looking to be harassed. They want to show up, do valuable work and be treated with dignity and respect in a non-hostile workplace. Most companies and HR departments are ill-equipped to deal with these issues. Fewer than a one-third of cases of sexual harassment are ever reported, and fewer than one-third of those are prosecuted.

While the approach of many men is still choosing secrecy and “not wanting to get involved,” a small but critical mass of men are speaking up and asking, “What can I do?”

In my work with YWomen, I help companies advance women by engaging men in the conversation. Companies that are making the boldest steps to create a gender equitable workplace are often following these four steps: Listen, Learn, Lead and Have the Will to Change. These same strategies can be applied to ensure that your organization is in a place that does not tolerate sexual harassment.

Progressive organizations today are seeking solutions on how to attract, retain and advance women. Many men — I believe up to 30 percent — want to help. The challenge is knowing what to do on a daily basis to demonstrate advocacy.

Genuinely listening to employee issues and concerns is the requisite first step to gaining understanding before diving into “leading.” To understand what is happening (or not happening) in your organization, it is imperative that senior leaders (typically men who comprise more than 85 percent of senior business leaders) ask women about their experiences and really listen to their answers. Carlson’s book reminds us of the stunningly low rate of reporting sexual harassment in particular. According to the EEOC, she writes, 70 percent of women who experience sexual harassment at their jobs don’t report it for fear it will cause negative repercussions, both personally and professionally. There are systemic issues in your company that are prohibiting growth, retention and development of all employees, impeding engagement and affecting your company’s reputation in the marketplace. You don’t know unless you ask.

All leaders, especially senior leaders, must deepen their knowledge of workplace harassment. Do you know what legally qualifies as sexual harassment or a hostile work environment? Many leaders may not know that if they witness or are told of an incident of sexual harassment, they have a responsibility to report it, and failure to do so could mean repercussions for them. Leaders and managers need to know that their jobs could be in jeopardy if they choose to ignore a situation or “not get involved.”

Leaders also need to be able to articulate the business case for advancing women. Leaders must understand how advancing women in their organization affects revenue, company reputation and talent acquisition and retention. They should also be learning about unconscious bias and discrimination against women in the workplace, what it looks like to include and advance women and why it is critical to the future of their organization to do so.

Leadership starts at the top of organizations with visible, vocal leadership. Think about this: You are only as good as your worst manager. If you have just one manager/leader committing sexual harassment, you need to be prepared to be front-page news. Uber is the perfect example. I don’t think Travis Kalanick went to bed knowing he would lose the company he founded as the result of a heinous behavior by a middle manager — and in Uber’s case, HR was also culpable in the cover-up.

“Every CEO immediately needs to issue a memo stating ‘our company has a zero-tolerance policy’ on sexual harassment. Senior leaders are naive if they think it’s not happening in their company, and they are ultimately responsible.”

Sadly, we know the men who tell off-color jokes, treat women as second-class citizens and perpetrate sexual harassment. Too many men are willing to just ignore the situation. It’s time for men to stand up. Having the Will means speaking up and calling out other men. If it personalizes this situation, think about a simple fact,

“How would you react (God forbid) if your daughter was being sexually harassed by the office idiot or by some other man in power?”

Picture that thought. And now remember the number from above: One-third of women in the workplace experience some type of harassment. If this isn’t enough for men to be outraged and choose to speak up, then I don’t know what it will take.

Simply put, it is time for all men to stand up, speak out and support women in the workplace. Using hashtags such as #MeToo, #IHearYou, #IWillSpeakUp and #HowIWillChange, men can begin to advocate for women in the workplace and ensure that all people can do valuable, meaningful work in a safe environment. In doing so, they are pledging to treat women with respect and challenge other men when they don’t. It’s not only our obligation as leaders, it’s our obligation as sons, brothers, fathers and citizens!

Jeffery Tobias Halter is a corporate gender strategist and President of YWomen, a strategic consulting company. If you would like to access where your company is, download Jeffery’s 30-Point Readiness Assessment. You can also sign up for his monthly newsletter, Gender Conversation QuickStarters, for tips on having impactful discussions about gender, diversity and creating male champions at work.

Share on FacebookShare on TwitterShare on Linkedin Feel free to share!
Posted in Advocacy, Blog and tagged #BeFierce, #HowIWillChange, #IHearYou, #IWillSpeakUp, #metoo, Gretchen Carlson, Have the Will to Change, sexual harassment
← Burger King and Bullying, a Message for Male Champions.How Fathers Can Help Their Daughters Achieve Equality at Work. Interview & Podcast. →