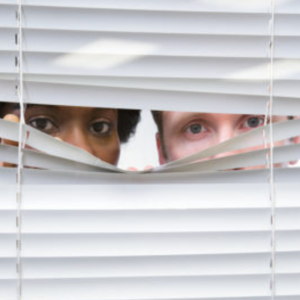 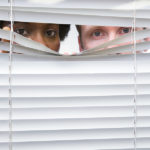 About 30 to 35 percent of men in organizations are “ready-now,” meaning they already sense that men and women are having different experiences at work and, if asked, will be supportive of women. In my work, I help companies formalize processes to engage these ready-now men as allies and advocates and to overcome the common barriers that prevent active male engagement in D&I initiatives.

Recently, I had the opportunity to chat with three other men who are doing work regarding men becoming advocates for women. In the below interview, we discuss how to build cultures that treat everyone professionally and respectfully and ensure that the same opportunities that are afforded to us as men are also afforded to our spouses, daughters, nieces and granddaughters.

Angel Ribo is the CEO of Divine Human Ventures. He has advised CEOs in 33 countries, speaks five languages and focuses on helping companies expand into global markets.

Jeffery: From your vantage point, what’s the biggest obstacle to male engagement in your area of expertise?

Jim: From an IT perspective, there are two major obstacles. One is the lack of women who want to be in technology, so it tends to stay male-oriented. The second obstacle is culture. Many developers and architects are from male-dominated countries.

Don: Women are currently in 80 percent of the non-leader roles in healthcare. The jobs that require “soft skills” or more empathy have historically been staffed by women, and in today’s healthcare market, the gender mix is predominantly the same. This is rapidly changing, however, with a surge in women who are graduating as physicians and with healthcare professional degrees. I fully expect that within the next decade or so, we will see a radical change in the gender mix of the healthcare leadership space as the older male physicians and leaders leave the workforce.

Angel: In the global arena, the lack of male engagement comes from the fear of not knowing, of not understanding, of not being motivated or inspired to make the effort of exploring diversity as a first step toward inclusion. For example, in Latin America, the model of a male-dominated society persists and sexism in the workplace is prominent. Nobody disputes male leadership in that part of the world, so what would motivate Latin Americans to change that status themselves if that would not be socially acceptable?

Jeffery: What can be done to overcome these obstacles?

Jim: First, we can work with organizations such as CODE.org to encourage more girls to consider computer science. Second, we need to address company culture in order to facilitate the advancement of women in the IT workforce and in leadership. It is critical to create a playing field where men and women work together as equals and where it’s okay for men to mentor and coach women and vice versa.

Don: We are already on track for the changes, and as the next generation of educated and trained staff enter and begin their progression through leadership, women will be represented in higher numbers across the industry. We are transitioning in the healthcare industry to focus more on empathy than retained knowledge, and women tend to excel in both soft skills and as practitioners, allowing them to provide “health” to our population with a more holistic approach than in the past.

Angel: For me, conversations are the key, and corporations have to start the conversations to increase knowledge, lower fear, increase awareness and understand the value and power of diversity to build a fully Inclusive workplace. I believe the countries should get to know each other better and recognize that their differences are a source of the value they can create. For Latin America, conversations in the workplace are not enough. Poverty and illiteracy must be addressed, but beyond that, the best way to overcome barriers is to diligently work to create men that champion women. It has to come from the male influencers and thought leaders. Their visible leadership is essential to create awareness of what makes a diverse and inclusive workplace worth the effort.

Jeffery: How do you encourage other men to become allies and advocates? What approach have you found to be most effective?

Jim: I am an advocate for servant leadership in technology, which includes being sensitive and proactive for women’s advancement.

Angel: I talk about the differences between D&I rich companies versus the rest. I encourage companies to put incentives in place to allow men to make that discovery, such as giving them time to participate in out-of-work activities that promote diversity. I create temporary workforces that work together around the idea of D&I, and I encourage conversations between people. Finally, my approach has been to lead by example.

Jeffery: When/how did you become a male ally?

Jim: My mom is a strong woman who taught me that everyone is important. She also taught me that men should be self-sufficient and not rely on a woman to take care of them. I also watched her teach my sisters how to be self-sufficient, not relying on a man to take care of them. Where there is equally shared responsibility, everyone can contribute the same to a job or relationship. Additionally, I want to be with smart people, intellectuals, which includes the women in my life. It’s just a natural thing for me.

Don: This is a surprise to most, but the military was the primary influencer on my desire to champion women. With a culture that is based entirely on performance, the military leadership model encourages us to see the individual and their potential to lead, rather than their race, gender, sexual orientation, religion, etc. My experience with women in the military was very positive, as the women I championed and worked with were intelligent, capable and stepped up to challenges. It was easy to advocate for them, as they were always willing to engage, lean in and get the job done. Besides that, I have three very strong daughters, two of whom served in the Air Force themselves.

Angel: With my international experience, it is difficult not to be connected to this work. I led a sales force for the entire Latin American continent with many countries present, many ethnicities, etc. How could I possibly not be connected to D&I? Since very early in my professional life, headhunters and recruiters would tell me that I had my feminine part very developed, and the more I saw of inequality, the more I stood up to it.

It’s conversations like these that led me to create the Father of Daughter Initiative. It’s a voluntary opt-in program to encourage more men to become change agents by standing up as allies and advocates. By opting in, you are committing to do one thing on a daily basis to demonstrate your commitment to advancing women. Your ongoing actions help to create a more equitable future for your daughters and the other women in your life.

As we wound up our discussion, I asked Jim, Don and Angel what suggested actions they had for men who wanted to be male allies. Here are 8 tips that men can put into practice today to become active allies who create more inclusive workplaces:

It’s important to remember that we are changing cultural norms that have been ingrained into society for decades. There is no single “right” approach and mistakes and missteps will happen. Acknowledge when that happens! Listen, learn and have the will to do the hard work of blazing a new trail to a more equitable future.

This article originally was posted on Linkedin.

Jeffery Tobias Halter is the President of YWomen, a strategic consulting company focused on engaging men in women’s leadership advancement. Founder of the Father of Daughter Initiative, creator of the Gender Conversation QuickStartersNewsletter and the Male Advocacy Profile, Jeffery is former Director of Diversity Strategy for The Coca-Cola company and is the author of two books, WHY WOMEN, The Leadership Imperative to Advancing Women and Engaging Men and Selling to Men, Selling to Women.