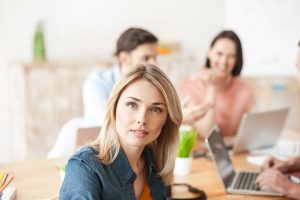 From a full transparency standpoint, I do not think men should be talking about how women need to support other women. But since I’m often asked about this I’m going to share my thoughts. My business focuses on advocating for the advancement of women through active male engagement. Last year I was on the road for almost 26 weeks working with Fortune 500 clients talking about how companies need integrated strategies designed to recruit, advance and retain women and the responsibility that men need to take as part of the solution as male champions for women. My belief is that men are still 85% of senior leadership in most companies, which means we are 85% of the problem and 85% of the solution.

Invariably following every presentation that I give on the role of advancing women, five to six women approach me and say,

“I understand that you are advocating for the advancement of women, however when I have worked for women I have found them to be catty, manipulating and actually hold women to higher standards than the men on my team.”

This is not an isolated incident, it literally happens at every talk I give. Like clockwork, I think of Madeleine Albright’s comment, “There is a special place in hell for women who don’t support other women.”

After breathing deeply my responses are always three-fold:

Starting conversations, creating allies and building momentum in the workplace are foundational to advancing women and eliminate gender inequities.

And what better time to talk about women advocating for women as Mother’s Day. Several years ago I created the Father of Daughter Initiative as a simple opt-in program to engage men as advocates for women’s advancement. To participate, men commit to doing a minimum of one thing (hopefully more) to advance women in the workplace.

The Father of a Daughter initiative is a roadmap for men to make the connection between women at work and their daughters and to take action to bring about change for the women in their lives. Some actions include encouraging qualified women to apply for positions when they become available, mentoring or sponsoring a female coworker, having a candid conversation with a female coworker about her experiences working in the company and becoming aware of and correcting micro-bias in the workplace.

This Mother’s Day, let’s build on the themes and momentum of the Father of Daughter Initiative to launch a Women Championing Women Initiative to help women create powerful conversations in the workplace about gender, diversity, and advancement.

To participate simply, download and print the pledge. Agree to participate and commit to doing so in support of another person (a co-worker, sister, niece or a working mother) and hang it on your wall to let others know that you are an advocate.

The one-minute spot features a young girl participating in a coed downhill cart race. Narrated by her father as he watches the race, we hear him think about the inequities his daughter will face in the future and how he’ll explain them to her.

At your next staff meeting or women’s leadership group session play the spot and discuss the questions it raises.

There is only one golden rule to follow: Assume good intent in all conversations. Someone will possibly say something wrong or perhaps inappropriate. That is okay! The goal is to have a dialogue.

Want help to kick-start a conversation? I recently developed a series called the Gender Conversation Quickstarters Newsletter. Each month, I share three topics that can serve to start open and honest conversations between men and women in the workplace. Importantly, each topic has a link to a video, white paper or article to share as pre-read. The topics can be used in your weekly staff meetings, for one-on-one conversations, for lunch and learn topics or at your women’s employee resource group. Additionally, the topics are designed to support your organization’s women’s leadership advancement strategy and development.

Select and download a pledge. Select an action or two to do by the end of the month. Hang it in your office to show coworkers you are an advocate and ready champion a diverse and inclusive workplace. Tweet me at @YWomen #WCW to encourage others to participate.

This article originally appeared in HuffPost.

Jeffery Tobias Halter is a corporate gender strategist. The country’s leading expert on engaging men to advance women, Jeffery is the President of  YWomen, a strategic consulting company. The former Director of Diversity Strategy of The Coca-Cola Company, Jeffery has consulted with leading brands including McDonald’s, Deloitte, Publicis Groupe, GE and more. Jeffery’s latest book WHY WOMEN, The Leadership Imperative to Advancing Women and Engaging Men, is the first business book written by a man on how companies can advance women to enhance the company. A highly sought-after speaker, Jeffery is a two-time TEDx speaker and talks frequently at industry and corporate events.