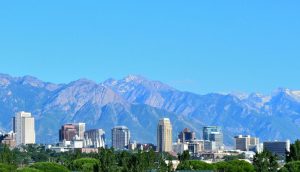 Earlier this month I had the pleasure of helping Utah launch the Women’s Leadership Institute’s ElevateHER Challenge – a joint government/business coalition to advance womenâ€™s Leadership and workplace equality.

With this progressive move, Utah joins Massachusetts as only the second state in the country to launch such an initiative.

The power of these initiatives is that they are an opt-in program. No government mandate, no protests or rallies, just great companies acknowledging that an issue exists around womenâ€™s advancement, retention and pay equity and they are volunteering to take this challenge.

The Womenâ€™s Leadership Instituteâ€™s ElevateHER Challenge strives to create the next generation of women leaders. By accepting this pledge, organizations vow to elevate the status of women in their offices by adapting their existing policies to meet the commitments and be more proactive in bringing women up the ranks.

The ElevateHER Challenge, launched by Governor Gary Herbert who accepted the challenge on the stateâ€™s behalf, has already been taken on by very large and influential organizations like Goldman Sachs, American Express, Questar Corporation, Deseret News, KSL TV, Zions Bank and Zions Bancorp, among others. More than 33 other enterprises including several universities and colleges have pledged their commitment to have more women in visible senior leadership roles and also on their corporate boards.

Part of the ElevateHER challenge is also to push companies to increase the overall retention rate of women at all levels, monitor the pay gap between men and women and establish/enhance a leadership development or mentoring program for women.

As more and more local companies sign on to the challenge, Utahâ€™s women will have greater opportunity in the workplace to develop their leadership skills, become articulate in describing the strengths they bring to the table and find male sponsors or mentors. Most importantly, the ElevateHER Challenge will also champion women to run for public office and give them the follow-up support they need.

Â The initiative could not have come at a better time.

According to a 2014 report by the Women in the Economy Commission, for every 10 large firms (50+ employees) owned by men in Utah, only ONE is owned by a woman. More than 80% of top executives in the state are men and in the top 45 companies in Utah, women hold less than 10% of all board seats. To be fair, such dismal numbers are not specific to Utah â€“ several others states across the country display a lack of female leadership.

But Utah has taken the first step to change the narrative.

As Pat Jones, the CEO of the Womenâ€™s Leadership Institute and a former business owner herself wrote in an editorial in The Salt Lake Tribune, this (ElevateHER Challenge) is not the 1970â€™s version of feminism, but is a â€˜very real opportunity for Utahâ€™s Businesses and Utahâ€™s economy.â€™

As she rightly put it, the drumbeat for womenâ€™s leadership is starting to crescendo. In her words: â€˜If you want your company to stay competitive, you must welcome decision influencers â€” women â€” and incorporate women’s ideas in company culture.â€™

For now, it looks like the business community in Utah, which is predominantly men, has internalized this message and with more ElevateHER Challenge pledges being taken by local enterprises, the community has demonstrated it is serious about getting women onboard in leadership positions and for thatâ€¦kudos!

The ElevateHER Challenge can be launched in any company. It is a singular statement of how you can demonstrate commitment to action in one of seven ways. Companies struggle with how to launch a meaningful womenâ€™s initiative, well Utah has just given you a play-book.

To find more about the groundbreaking work being done in Utah by The Womenâ€™s Leadership Institute, click here.

Share on FacebookShare on TwitterShare on Linkedin Feel free to share!
Posted in ** Strategy and tagged ElevateHER Challenge, utah, Women leaders, Women's Leadership
← The One Thing Male Leaders CAN Learn From Mad Men10 Simple Things Fathers of a Daughter can do to Advocate for Women →