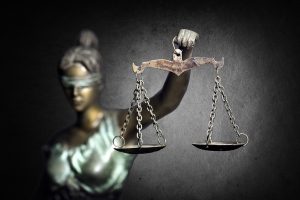 It’s time to stop mindful blindness in the workplace

The list of companies entangled in sexual harassment or gender discrimination suits continues to grow. FOX and Uber have grabbed the most headlines but you can also see a growing list of companies that include Wells Fargo, Goldman Sachs, KPMG, Qualcomm, and Microsoft.

What is disturbing about FOX and UBER is that you had the company’s Human Resource and Legal departments actually protecting these predators in the workplace. If not for social media and the instantaneous news cycle these incidents could have easily remained buried. And in the case of FOX, if dozens of corporate sponsors had not pulled out, there is a good likelihood that its big name host would still have a job.

Sexual harassment is still very real in the workplace today. The 2016 U.S. Equal Employment Opportunity Commission (EEOC) notes that 1 in 3 women have been sexually harassed at work and “the least common response to harassment is to take some formal action – either to report the harassment internally or file a formal legal complaint. Roughly three out of four individuals who experienced harassment never even talked to a supervisor, manager, or union representative about the harassing conduct. Employees who experience harassment fail to report the harassing behavior or to file a complaint because they fear disbelief of their claim, inaction on their claim, blame, or social or professional retaliation.” Mindful blindness, the willingness of the company to turn a blind eye on activity that they know is going on, must stop immediately and senior leaders need to get tough and start asking very challenging questions of the people who work for them.

You just need to visit the EEOC website to see the list of companies, suits, and settlements – in 2015, the EEOC recovered $164.5 million for workers alleging harassment and in the fiscal year 2016 the EEOC secured more than $482 million for victims of discrimination in private, federal and state and local government workplaces.

Bias and harassment show themselves in many forms — both overt and subtle. The Qualcomm settlement should be a learning moment for every CEO on gender equity. The case, which involved approximately 3,300 women, states that women at Qualcomm make less than men and were promoted less frequently than “the men who work beside them.” Also at issue was the treatment of working mothers. The women said various policies including 24-hour responsiveness and a culture that rewarded working late basically penalized them for having caregiving responsibilities.

As a gender strategist, I work with companies to establish integrated strategies to advance women in the workplace. I’ve noticed that best in class companies have accelerated their women’s leadership advancement strategy by doing these three things:

At the core of sexual harassment is your company culture. Every CEO must issue a zero tolerance policy. It must be strongly worded and states that sexual harassment of any kind will not be tolerated and that swift and immediate action will be taken including termination. If possible, a third party Ombuds/800 number needs to be established. In some of these pending lawsuits, the company’s internal HR was actually involved in covering up the incident.

Men and women are having different experiences in the same companies. If you don’t believe me just ask the women who work for your company. Ask them about the experiences they have every day in your company. What you will hear most of the time are not stories of overt sexism. What you will hear are stories of small, micro-biases that are present in every workplace situation for women. For most women, it is death by a thousand cuts.

In business, we measure everything from sales revenue to office supplies. If goals are not met people are held accountable. To ensure the success of the women’s leadership initiative, senior leaders must hold people accountable to true measures, metrics, and scorecards for advancing women.

3) The Need for Men to Take an Active Role

Sexual harassment does not take place in a vacuum. It takes place in meeting rooms, in the hallway, and at corporate dinners. The number one way to stop sexual harassment is for men to stop turning a blind eye and do something about it. In companies with a tolerance for sexual innuendos or more overt sexual advancements, men must hold other men accountable. When a sexist remark or worse is made, do you just turn away and do nothing or do you call the perpetuator on it?

A female client shared this story,

“We were all sitting in a special dining room in a very expensive restaurant. The CEO sat at the head of the table and the twelve of us, including three other women, sat around that huge table. An attractive waitress entered the room to take our drink order. The room was silent for a moment as the waitress walked away, and we could all hear the CEO say in a just loud enough voice, ‘Wow, I’d really love to nail that.’ I’m sure the waitress heard him as well. Some of the other men at the table chuckled silently.”

“Didn’t he realize that there were women around the table? His response shocked my female colleagues and me. How could he be so crass and unaware? The funny part is, we know he is happily married and would not cheat on his wife. My guess is he may have made the comment to impress the men at the table. Sadly, we all have a lesser opinion of him now, regardless of what he says or does in the future.”

You might be thinking, “what’s the big deal, it’s a harmless comment”. Well, it speaks to the very heart of a corporate culture that turns a blind eye to bigger issues.

More importantly to men, what would have been your reaction if that waitress had been your daughter? Men need to understand that this is personal, it is visible and companies cannot tolerate this behavior regardless of rank or tenure of the predator. It is time for men, at all levels if the organization, to stand-up and take an active role in stopping this demeaning treatment of women.

Jeffery Tobias Halter is a corporate gender strategist. The country’s leading expert on engaging men to advance women, Jeffery is the President of YWomen, a strategic consulting company, and creator of the Father of a Daughter Initiative.
Share on FacebookShare on TwitterShare on Linkedin Feel free to share!
Posted in ** Strategy and tagged gender discrimination, HuffPost, lawsuits, sexual harassment
← Men: This Mother’s Day Become an Advocate for WomenEllevate: Manning Up: Including Men to Accelerate Gender Equality →