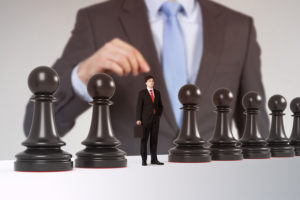 In August, Deloitte announced its plans to phase out its women’s network and other affinity groups and to focus on inclusion, particularly of men. As a gender strategist who focuses on helping companies engage men in women’s advancement, I applaud the focus shift and concur that significant and systemic strides to advance women and minorities in the workplace won’t happen until men – especially older white men who still dominate leadership positions in most companies – are part of the conversation.

At the same time, Deloitte has been lambasted in the press for making the change, including a Forbes article titled “Pitting Diversity Against Inclusion.” What is overlooked is that this change should not be seen as an either/or but a both. Deloitte has been best-in-class and doing this work for 20 years, and their numbers prove they know what they are doing. The number of women and minorities in their senior ranks and in the pipeline is stellar. Most companies today still need Employee and Business Resource Groups (EBRGs). Unfortunately, most companies stop there.

While EBRGs are important, too many companies place the entire burden for advancing women and minorities onto the EBRGs and never work to engage the most critical group necessary for advancement, which is men and senior leadership. If you don’t think this is true, consider this number: 90 percent of the Fortune 500 companies have EBRGs, yet women still constitute less than 15 percent of executive leadership.

As Avivah Wittenberg-Cox noted in her Harvard Business Review article, “Deloitte’s Radical Attempt to Reframe Diversity,” the company will offer all managers – including the white males who still dominate leadership – the skills to become more inclusive and then hold them accountable for building more balanced businesses.

Before more companies jump on the bandwagon to dismantle EBRGs, let’s take a closer at the core premise of adding men to the conversation and making them part of the strategy to build more balanced businesses. At the risk of losing readers, I’ll give away my conclusion: Companies need an integrated women’s leadership strategy that functions as a change initiative and is owned by operations, sales and marketing, with HR playing a critical support role with the necessary progressive policies and programs. In order to support and drive change in your organization, EBRGs may be mission critical to encourage innovation, facilitate change and create a talent pipeline.

Let’s take a closer look at why men and middle management are so important in driving needed changes in organizations.

The subtext of the shift in focus to men is that after decades of trying to “fix” women with conferences, programs and circles, it has become obvious that it is time to involve managers and teach them new skills to better manage a more diverse workforce and compete in the changing marketplace.

Here are the shifting demographics that are impacting the workforce and talent pool:

Managers. Women comprise nearly half (46.8 percent) of the labor force but only slightly more than a third (39.2 percent) of managers in 2015 in the United States, according to Catalyst. That means that 60.8 percent of managers in U.S. companies are men.

Men. The 2016 Mercer study found that the involvement of men has dropped since the first report in 2014, when 49 percent of organizations said they are engaged in D&I efforts versus 38 percent in 2015.

Baby Boomers. Beginning Jan, 1, 2011, Baby Boomers, born between 1946 and 1964, turned 65 – retirement age. According to Pew Research, by 2030, all Baby Boomers will have turned 65. The net effect is approximately 10,000 Boomers are leaving the workforce every day. This exodus is creating a seismic shift in corporate America.

Women. In the recent National Center for Education Statistics, women accounted for 56 percent of undergraduates enrolled at four-year colleges in the U.S. in the fall of 2017, building on a trend that began in the 1970s.

With the exodus of Baby Boomers from the workforce and the preponderance of men in your organization who are not engaged with your D&I efforts, combined with women and minorities making up a larger percentage of the incoming talent pool, systemic organizational change is needed and needed quickly to adjust to the changing demographics. Senior leaders need to ask themselves if their organization is prepared to recruit, develop and retain the incoming talent pool. Based on recent headlines from Silicon Valley and newsrooms, we know there is work to be done.

Given these shifts, it makes sense to rethink and refocus the training provided to managers and to recalibrate corporate metrics.

It’s not enough to a have a handful of men in your organization interacting with your EBRGs. It’s imperative that more men, and especially male middle managers, understand your diversity initiatives, internalizing that they are part of the future and the process to drive change.

As I noted before, I believe that organizations need to develop an integrated women’s leadership strategy that functions as a change initiative and is owned by operations, sales and marketing, with HR playing a critical support role with the necessary progressive policies and programs.

As part of the change initiative, train managers and give them the tools they need to recruit, retain and advance their diverse talent. Make sure unconscious bias training is included, with a deep dive into understanding gender bias.

Before you dismantle your EBRGs, revisit your strategy. Your affinity groups may be well suited to support both the mission of the business and your change initiative to advance women and engage men. Many companies are reaping the benefits of affinity groups in terms of outreach in the form of innovative recruiting and internship programs and inreach via retention and advancement by creating a talent pipeline, giving employees an opportunity to tackle business initiatives and future visioning in different work clusters and voice-of-the-employee forums.

Let’s rethink dismantling EBRGs – it might be time to create an affinity group for middle managers to share best practices in managing diverse work groups. Imagine the agenda at their next gathering:

Encouraging men and middle managers to participate in affinity groups will get them off the sidelines and into the action.

This article originally appeared on the HuffPost.

Jeffery Tobias Halter is a corporate gender strategist and President of YWomen, a strategic consulting company. If you would like to access where your company is, download Jeffery’s 30-point Readiness Assessment. You can also sign-up for his monthly newsletter, Gender Conversation QuickStarters, for tips on having impactful discussions about gender, diversity and male champions at work.