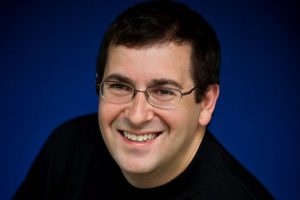 By now we have all heard the sad news this week of the passing of Dave Goldberg, the chief executive of SurveyMonkey and Sheryl Sandberg’s husband.

Goldberg, 47, died unexpectedly Friday, after sustaining severe head injuries after falling off a treadmill, while on vacation with his family in Mexico.

As tributes poured in from Silicon Valley for the accomplished executive, he was remembered fondly not just for his work and humility but also for his unstinting love and support for his wife, Facebook COO Sheryl Sandberg.

Calling him a male feminist, The New York Times described how Goldberg fueled his wife’s ambitions, pushing Sandberg to negotiate hard for high compensation and rearranging his work schedule to help be home for their kids when she was traveling. 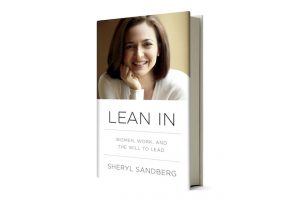 Goldberg’s unwavering belief in his wife’s intellect and abilities found voice in Sheryl Sandberg’s iconic book Lean In, where she exhorts young driven women to find equal partners who can help spur their careers upwards and not thwart their efforts midway. “We are never at 50-50 at any given moment perfect equality is hard to define or sustain – but we allow the pendulum to swing back and forth between us,” Sandberg wrote of her marriage in her book.

Sheryl Sandberg’s tragic loss this week turns the spotlight firmly back on what men can do to advance women’s leadership not just at home but also in the workplace.

As a Corporate Gender Strategist, I have always believed that you really don’t need to convince women that they need to drive change; you need to convince men. If you want to create the next generation of women leaders, the buy-in has to come from men.

As a husband, this is where you can take your cue from Dave Goldberg’s life – which is to support your wife and other women in the workplace.

If you are a father of a daughter, be cognizant of the fact that even if you raise strong and independent girls, these bright children will graduate to earn just 77 cents to every dollar a boy would earn performing the same job. It’s your job to do every little bit you can to enhance women’s equality in the workplace now so you can somewhat level the playing field for your daughter’s future.

And finally, as a businessman, be a male advocate for women’s issues.

In order to win with women, every senior leadership team needs to embrace women as a business imperative.Â They need to be asking tough questions to their management, holding people accountable and demonstrating commitment and urgency on this issue.

The upsides of this commitment are two-fold:

So, go forth and be a male feminist like Dave Goldberg.

The payoffs are huge!

Jeffery Tobias Halter is the country’s leading male expert on engaging men in women’s leadership issues. He is the author of two books, WHY WOMEN, The Leadership Imperative to Advancing Women andÂ Engaging MenÂ andÂ Selling to Men, Selling to Women.

Share on FacebookShare on TwitterShare on Linkedin Feel free to share!
Posted in Advocacy, Blog and tagged dave goldberg, legacy, male engagement, Male Feminist, women in business
← Learn More: WHY WOMEN – Sneak PeekWhat Women Want (And Are You Giving It To Them?) →