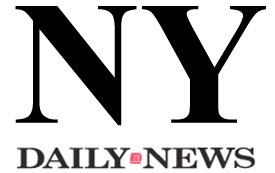 Last this week, my piece on #WorkplaceInequity ran in the New York Daily News Daily/Views section. Here’s a snippet along with a link to the full article:

Men and women are having different experiences in the workplace. You just need to read the latest headlines to see the differences.

When was the last time a man was sent home from work for not wearing certain shoes to the office? Have you ever heard about an actor threatening to go public to achieve pay equity with his co-star?

A couple of weeks ago, Twitter was buzzing about a British woman who was sent home for refusing to exchange her flats for the requisite high heels at a contract receptionist position.

The young woman started a petition to bring light to the issue and now not only has the contract agency updated (read: bring their archaic policy into the current century) but due to the number of signatures, the British Parliament will be taking up the issue as well.

Over the past year, the conversation about women in STEM, women on boards and pay equity has picked up momentum. Last year, Jennifer Lawrence’s honest and provocative blog piece entitled “Why Do I Make Less Than My Male Co-Stars?” brought the topic of wage disparity to a wider audience. It also brought her frequent co-star, Bradley Cooper, out as a male champion.

And just recently, Robin Wright took a page out of her character Claire Underwood’s playbook when she demanded equal pay for her role on â€œHouse of Cards.â€ The actress wanted to be paid the same as her show’s counterpart, Kevin Spacey.

Share on FacebookShare on TwitterShare on Linkedin Feel free to share!
Posted in In The News and tagged father of a daughter, gender, New York Daily News, wag gap, Workplace equality, workplace inequity
← Father’s Day Gift GuideGender Pay Equity, This Bud’s for You →