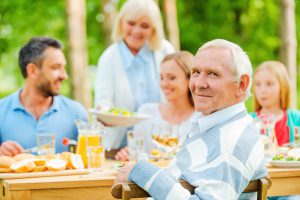 Hey, Men! Do Something for Your Mothers, Wives, and Daughters. Stand-up for Women.

Women’s Pay Equity Day came and went without a lot of hoopla. April 12th symbolizes how far into the year women must work to earn what men earned in the previous year. Obama made a speech and Pinterest and Twitter exploded, for a day or two but it has already died down. If this were truly a pressing holiday I am certain that Hallmark would have introduced a line of cards to commemorate the day.

Let’s make Mother’s Day a day of real action for all women. Go ahead make reservations to take Mom to brunch, give her a card and flowers — but before you leave the house think about the following:

Women Earn Less. Women make on average $.79 cents to men for the same work. This has a compounding effect on families and the economy of $430,000 over the lifetime of a woman’s career. One of the current solutions being offered is for women to just work harder and take ownership for their careers. The #LeanIn movement has created a thriving industry of workshops, seminars, conferences and books dedicated to creating a more robust pipeline of talented women. Yet the wage gap still exists, as does a lack of a robust pipeline of women into management positions.

Men (By-in-large) Run Most Companies. Senior leadership in most companies (still 85% men) are not engaged. Every CEO has the information on pay equity and pipeline demographics.

I’m often asked to prove that a pay gap exists. I’ll tell you the truth. I can’t.Â I don’tÂ have access to your company numbers. My response is, “Prove that it doesn’t.” Run a report for your company by job role and gender and prove it me and your organization that the gender pay gap doesn’t.

Most companies can’t. And as long as women are the only one’s talking about these issues there is no reason to change. Men need to stand-up regarding pay equity and advancing women–they owe it to their working spouses and their daughters to demand equitable opportunity.

Men need to stand-up regarding pay equity and advancing women–they owe it to their working spouses and their daughters to demand equitable opportunity.

I am absolutely certain their mother’s would be proud if they did!

Connect Men to the Women in their Life. Unfortunately, Â most men never make the connection between advocating for women and the impact this will have on their daughters when they enter the workforce. My generation of men wanted to raise strong daughters. Whether it was sports or the arts, we supported our daughters. We ensured they went to great schools. But when they graduate and are only offered $.79 for the same job my son is making $1.00 we choose to do nothing. This is why men need to stand up today. We owe it to our daughters.

Itâ€™s time for men to stand up. We don’t need another workshop for women. We need fathers of daughters to be outraged that society only values our daughters at $.79 to our sons and we need to take action. We need husbands and sons to consider the long-term economic impact of lower wages on our working wives and mothers. It’s time to call a halt to these inequities.

Take Action –Today. I’ve created the Father of a Daughter Initiative to offer 10 simple steps men can take in the workplace to stand up for the women in their lives. Download it today. Select an action or two to do by the end of the month. Hang it in your office and give a signed copy to your mother and show her you are standing up for her grand-daughters. Tweet me at @YWomen #FOD to encourage others to participate.

Invite your friends to participate by sharing this tweet:

Hey Men! Do Something for your Mothers, Wives, and Daughters. Stand up for Women. http://bit.ly/1WbHqUJ #FOD

Jeffery Tobias Halter is a corporate gender strategist. The country’s leading expert on engaging men to advance women, Jeffery is the President of  YWomen, a strategic consulting company. The former Director of Diversity Strategy of The Coca-Cola Company, Jeffery has consulted with leading brands including McDonald’s, Deloitte, Publicis Groupe, GE and more. Jeffery’s latest book WHY WOMEN, The Leadership Imperative to Advancing Women and Engaging Men, is the first business book written by a man on how companies can advance women to enhance the company. A highly sought-after speaker, Jeffery is a TEDx speaker and talks frequently speaks at industry and corporate events.