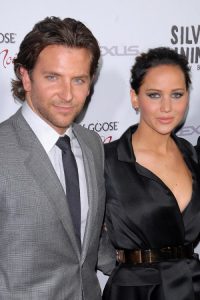 Recently Bradley Cooper came out and stated he is going to be an advocate for pay equity in his future movie roles. He said that he has started “teaming up” with female co-stars to negotiate salaries before films go into production.

What does this have to do with leaders in corporate America? I work with senior male leaders every day who “get it.” Men who are champions for advancing women. Yet many ask, “What is it I can specifically do to demonstrate advocacy?”

This is what a male champion for advancing women does. He sees an inequality and he commits to change. Attracting, developing and advancing women in organizations is just that easy… and just that hard. Every business leader knows that representation is lacking for women in middle and senior management, yet few take tangible action.

What is also interesting is that Cooper did not make this commitment until his friend and frequent co-star Jennifer Lawrence talked about her pay inequity. Cooper was probably aware that there was pay gap, but like most men, he never really thought about it until it became personal. However once he became aware of the situation, he took action.

This is the same in much of corporate America. Leaders are aware of the disparities that women face and yet they CHOOSE not do anything about them.

Earlier this year, I published, Why Women, a book about the urgent need for male engagement to tap into the tremendous economic impact of women in the marketplace and workplace, and for organizational success. In June, I launched the Father of a Daughter initiative to provide actionable steps and ideas to help men to get involved. My thesis is that it is critical for men to advocate for more diverse workplaces and women in leadership positions.

Are you ready to Take Action? Consider these first steps:

Kudos to Bradley Cooper. His personal actions exhibit leadership and send a signal to others that our actions can change the status quo. He took a bold step toward making things better for the people he works with and the larger community he lives in and influences. Cooper is a role model to create change in his workplace — a male champion.

Can you identify the male champions in your workplace?

A version of this article appeared in HuffPost.

Share on FacebookShare on TwitterShare on Linkedin Feel free to share!
Posted in Advocacy and tagged Bradley Cooper, HuffPost, Jennifer Lawrence, male allies, male champion, male engagement, pay equity
← Are You Really Listening to Your Biggest Customer – Women?!The 4 Things Your Company Needs to Do to Advance Women (Part 1 of 4) – Listen! →