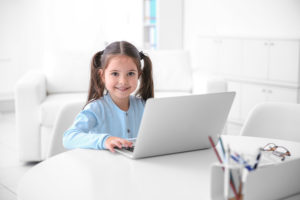 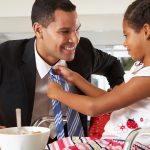 This Father’s Day give your daughter the gift of a brighter future.

Dad’s is the workplace ready for your daughter?

Most men today never make the connection that if we as men, as fathers of daughters, aren’t advocating for women’s advancement and workplace equity we are betraying our daughters of a better future.

You see most men still lead very compartmental lives. For the most part, we put on our suit or Dockers and walk out the door and head off to work – focused on work day ahead. Sure we may drop off the kids once in awhile or coach our daughter’s soccer team but unless a family event appears on our calendar we rarely don’t make a connection between family and work.

This is particularly true of men and how they work with women in the workplace. My request this Father’s Day is for more men to think about their daughters or working spouses. Not in a patronizing ‘pat them on the head’ manner but with the courage and strength that they would use if and when their daughter or spouse has been wronged.

Every time a man automatically assumes a female peer should take notes in a meeting or make the coffee, he sends a subtle message that women are not equal to men.

The next time a woman speaks up in a meeting and is talked over by men I want you to picture your seventh-grade daughter being talked over by boys in school. Every time men use the word “honey” or “sweetie” or even something worse to address women at work I want you to think about the teenage boy who is calling your daughter ‘hot,’ (or certainly something worse). Sadly, women at work are besieged daily by a death of a thousand cuts and men aren’t even aware of it. You wouldn’t sit back and allow someone to not treat your daughter with dignity and respect. Why are you sitting back now? 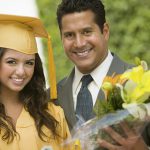 This Father’s Day join the Father of a Daughter Initiative to level the playing field for your daughter and working spouse.

I propose that this Father’s Day, instead of expecting a gift from your daughter or your wife, men should give THEM a gift by speaking up for women NOW and pushing for workplace change TODAY, in hopes of creating a level playing field for their daughters in the future.

With this thought in mind, I created the Father of a Daughter (FOD) Initiative, because what better gift can a Father give his daughter than a shot at a brighter future.

What is a FOD?

A FOD is Father of a Daughter who realizes the responsibility he has for advocating for women in the workplace today to ensure that his daughter is able to have a gender equitable workplace in the future.

What Can Men Do?

The FOD Initiative is a roadmap for men to think about what they can do as a leader to help women around them – and take action.

This is just a snapshot of my Father of a Daughter initiative.

Why Focus on Father’s?

Of course, you don’t have to be a father to participate — women can also champion women (and their daughters) in the workplace or if you’d rather be an advocate for women this roadmap is a guide to actionable steps each of us can take on a daily basis to create an equitable future.

My focus on fathers stems from the fact that by in large, men still hold a majority of the leadership positions in corporate America — thus setting the tone for culture, policy and workplace norms. Real and sustainable change won’t happen without engaging men at all levels of the organization.

The idea is for you to download the one-page commitment that resonates with you, print it out, note person or people you are supporting, and place it in your office where everyone can see it.

The sole act of taking a stand for supporting women’s workplace advancement will demonstrate that you are an advocate.

This post was originally published in HuffPost.
Jeffery Tobias Halter is a corporate gender strategist, the country’s leading expert on engaging men to advance women. Jeffery is the President of YWomen, a strategic consulting company and the author of two books, including WHY WOMEN: The Leadership Imperative to Advancing Women and Engaging Men.
Share on FacebookShare on TwitterShare on Linkedin Feel free to share!
Posted in Advocacy, In The News and tagged advocate for women, father of daughter initiative, male champions, unique Father's Day gift, Workplace equality
← This Father’s Day Give Your Daughter the Gift Of A Brighter FutureHey Dad, Your Business Decisions are Impacting My Future! Love, Your Daughter. →