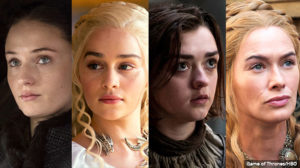 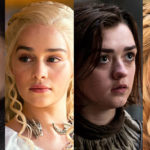 Regimes, Meritocracies and Playing to Win

“When you play the game of thrones, you win or you die. There is no middle ground.” – Cersei Lannister to Eddard Stark, Game of Thrones, Season One

The seventh season of Game of Thrones premiered last night, and one of the apparent themes is that it is time for women to take control. As regular GOT watchers know, this is being driven by the women’s story lines, their rise to power, the incredible hardships they have endured and in part, by the fact that many of the male leaders have killed each other off. Who didn’t cheer Arya’s avenging of the Red Wedding or Jon Snow actually inspiring gender equity by saying, “We cannot win the war with only half the people (i.e. men) engaged.”

It’s worth noting that GOT haters point out that the series has portrayed too many women in roles as victims, prostitutes or as throwaway story lines. My goal is not to judge the moral character of the series but to use it to highlight a rarely discussed yet commonly demonstrated tactic in corporate America, which I will simply entitle “The Regime Strategy.”

Regime – noun – the period during which a ruling system is in power. In Business – a particular way of operating or organizing a business; the regime in this office is hard work and more hard work.

Simply put, corporate America is an ongoing series of regime changes. We see this daily. A new CEO comes in, and they are allowed to bring in their people. A company re-organization “re-sets” who is in what role, who do they report to and who gets promoted and who has to interview to keep their jobs.

For younger workers, it may be difficult to see the pattern. For corporate veterans, it is blatantly obvious. In most regimes, leaders pick their go-to people and team members over time – this process starts early. Perhaps they worked together early in their careers, or on a stretch assignment, or were identified as a high potential employee, but make no mistake, the regime leader is mindful, calculating and has a plan. They have worked hard to build constituent groups in multiple areas and each time they have been given a new assignment they have pulled “their team” with them.

Looking for a regime in your company? Look at the people who were chosen for the past few big projects, maybe a merger and acquisition, opening a new office or leading a new brand launch. In sales and operations, note who is assigned to top 10 customers and who is assigned to a declining channel?

The Regime Strategy and Women

Regimes are driven by a number of factors. However, two significant components are networks and sponsors. Why is this important to women? Research shows that women still aren’t making it to top leadership positions despite the gains they have made in middle and senior management. While the factors will vary from company to company, there are some consistent themes.

In her groundbreaking research, The Sponsor Effect: Breaking Through the Last Glass Ceiling, Sylvia Ann Hewlett found that the absence of male advocacy and most women’s failure to cultivate sponsorships hinder their rise into the highest levels leadership.

How can women overcome these obstacles?

Women need to rethink their aversion to getting ahead based on connections. It is not a “dirty tactic” that deflects from their hard work and talent, but rather a demonstration of their leadership and recognition of their skills.

While there are a host of other factors that are important, these three are of particular importance to women. To validate the regime strategy mindset, I reached out to a female colleague who is a C-Level Executive with a Fortune 500 company for her thoughts.

Yes. You might not recognize them early in your career, but as you become more aware, you begin to notice patterns: partners or managers having go-to people for interesting projects, premier clients and challenging assignments. You might not label these patterns as regimes but perhaps as favoritism, politics or “the club.” These patterns exist, and the relationships evolve over years and span career arcs.

JTH: What are watch points for women?

I encourage women (and anyone starting in their career) to be aware. Luck may give you a good starting point for gaining exposure to influential leaders. But being mindful and developing collegial relationships with senior leaders, co-workers, cross-functional liaisons and rising stars will take you further. Your peer today could be the CXX of the future. Get to know them on a personal level, find common ground and continue to cultivate authentic and purposeful relationships. In terms of effective networking and relationship development, think quality over quantity, and it’s the trust and connections that will keep you on the radar.

How can women play to win?

Women need to be purposeful in building and expanding their networks. Nurture the relationships by being relatable and authentic. Combine that with brains/talent and hard work, and you will be positioned to effectively achieve your career goals.

Understanding regimes is critical for anyone who wishes to move ahead. While some may eschew this as “corporate politics,” you need to know that this “Game of Thrones” is, in fact, being played by others in the company, and if you choose not to participate it will significantly impact your future and promotability. Those who do aspire to “The Iron Throne” in their companies are playing the game of business to win!

This article first appeared in the HuffPost.

Share on FacebookShare on TwitterShare on Linkedin Feel free to share!
Posted in ** Strategy and tagged Game of Thrones, GoT, meritocracy, regime strategy, regimes, Sylvia Ann Hewlett
← Are You Really Listening to Your Biggest Customer – Women?!Hey Guys, Here’s How You Can Advance Women →