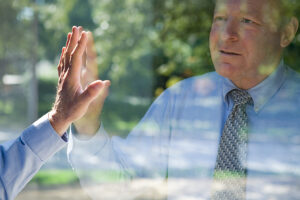 4 Tips to Activate Your Allyship

For the past few years, there has been much work done by best-in-class companies to build out male allyship initiatives. However, a new study points out that even the most well-intentioned men aren’t stepping up as much as they think they are.

A recent national study conducted by the Integrating Women Leaders Foundation (IWL) in partnership with the Women Business Collaborative (WBC) measures and benchmarks the perceived practice of allyship to women in corporate America today. The initial survey, State of Allyship-In-Action Benchmark Study, found a significant aspiration/execution gap when it comes to male allyship at work, shedding light on the discrepancy between what men think they are doing and what women actually experience.

As a practitioner who has advocated for creating more gender allies in the workplace, the research findings track with my client experiences and highlight several ongoing pain points and obstacles thwarting the progress of women and underrepresented groups in corporate America.

What The Study* Found

There were several areas of notable findings in the study, including:

Organizational commitment. IWL found that overall, most respondents (all genders) had high commitment levels to their organization (85 percent recommend it as a great place to work and 83 percent are loyal/plan to stay).

While respondents had high commitment levels to their organizations, positive associations declined when questions about feeling supported, valued and cared about.

When it comes to the practice of allyship, women and men see it differently. This allyship gap is worth diving into as it represents an opportunity for leaders and their organizations to improve.

Allyship gap. Men and women viewed the practice of allyship differently. These are the percentages that noted Strongly Agree and Agree with the following statements:

More striking were these findings from the IWL study:

Microaggressions were a particular focus of this study. They are the subtle, often unconscious messages that devalue, discourage and impair workplace performance. Key learnings here were:

The top five microaggressions (out of a battery of 12) identified by women as happening to them “always” or “frequently” were:

○ Being interrupted more often than others (46%)

○ Having their judgment questioned in their area of expertise (35%)

○ Being overlooked for a promotion or stretch assignment (35%)

○ Not being given credit for contributions made (34%)

As part of our Win(e)d Down Wednesday podcast, Amanda Hammett and I interviewed Jeanette Thebeau, Chief Acceleration Officer (CAO) and Chief of Staff at Integrating Women Leaders Foundation (IWL), about the survey. During the interview, Jeanette highlighted three microaggressions from the survey.

While these microaggressions have long been “known” issues and are often referred to as “death by a thousand cuts,” this study reveals qualitative data to review and consider the impact they have on talent and our organizations.

Most surprising is the wide perception gap between men and women. Here’s the supporting data from the study:

After reviewing this data, many men and other workplace allies ask what they can do to improve their allyship.

1. Start where you are. Take an assessment to see where you are as an ally. Are your actions aligning with your self-perception? Understanding where you are on your allyship journey is the essential starting point. Consider taking:

Regardless of where you are on the allyship continuum, ask questions, educate yourself and listen to learn.

2. Listen to learn. Have a conversation with a woman or someone on your team with a different life experience or background from you or from an underrepresented group. Ask them about their experiences in your industry and at your company. Listen to actively learn. Encourage them to share more and continue to listen. Here are tips for actively listening.

3. Call out devaluing behavior. To effectively thwart devaluing behavior, it must be stopped either in the moment or shortly after the incident takes place. This can be done in a manner that isn’t personal and without shaming the offender. Consider using it as a teaching moment and a way to redirect the conversation.

The next time a woman is interrupted during a meeting say, “Hey, I’d really like to hear what Pamela was about to say. Can we let her finish her thought?”

When a man offers an idea that a woman shared earlier in the meeting, consider redirecting the credit using this statement, “Hey, Bob, that’s awesome. I don’t know if everyone heard a few minutes ago but, Shemeeka had the same idea. Shemeeka, would you elaborate?”

4. Bring people along with you. Invite others into the conversation and to take action as an ally and advocate. This can be as simple as inviting someone to attend a meeting or BRG session. If you are a manager or team leader, you can bring your team along by sharing tips and having monthly conversations using conversation starters from YWomen.

The good news is IWL study confirmed that a large majority of respondents of all genders were highly committed to their organizations and plan to stay. There is, however, a significant allyship gap when asked questions about feeling supported, valued and cared about. This gap must be addressed to ensure your valuable talent pipeline doesn’t crumble and break down somewhere in the middle.

Nearly 1,200 people responded to the survey with 75 percent being from large enterprise companies and 25 percent from mid-market organizations across numerous industries. Of those reporting gender, 62 percent of respondents were women, 36 percent were men and 2 percent were non-binary. Participants represented a mix of racial and ethnic backgrounds, roles and tenure.

Survey topics included employees’ general attitudes toward their organizations, the perceived advancement of women and minority groups and workplace behavior, including the frequency and prevalence of microaggressions and specific allyship actions taken and not taken within their organizations.

You can find more information on the study in this summary or the IWL website.