Evidently, there’s less of a ‘second chance’ for female advisors fired for misconduct – even though male advisors usually get one, a new study claims. 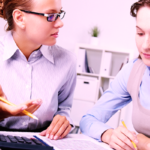 If the National Bureau of Economic Research has its facts straight on investment industry bias against female financial advisors, Wall Street has a lot of explaining to do.

A study from the NBER says that female money managers are much more likely to lose their jobs after a misconduct incident than a male investment advisor.

The study, entitled “When Harry Fired Sally,” led by Gregor Matvos, a finance professor at the University of Chicago Booth School of Business, states there are “substantial differences in the punishment of misconduct across genders.”

Recently, I spoke with Brain O’Connell about the conscious and unconscious bias that exists for women to read the full article follow this link.

Share on FacebookShare on TwitterShare on Linkedin Feel free to share!
Posted in ** Strategy, In The News and tagged double standard, gender, unconscious gender bias
← Join me at SHRM 2017 – Why Women WorkshopOne Way Men Can Close The Gender Pay Gap →